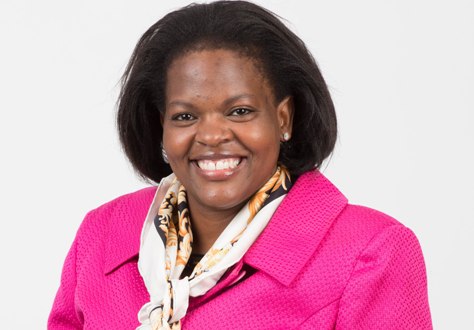 Vodafone Ghana has appointed Yolanda Zoleka Cuba as its new Chief Executive Officer with effect from 1st May, 2016.

[contextly_sidebar id=”uqINT4EFnxgugCWoBXsAh3oUYXNsL22s”]This follows the exit of Haris Broumidis, who is taking up a new appointment as Chief Executive and Chairman of Vodafone Greece.

Until her appointment, Yolanda, was the Strategy and New Business Director for Vodacom Group, having joined the company in November 2014.

Her appointment is coming at a crucial time in the telecommunications industry in Ghana; with Mobile money and Machine-2-Machine set to dictate the pace of growth in the years ahead.

Vodafone Ghana says the company is well placed to capture these growth opportunities and to benefit more broadly from Yolanda’s considerable commercial and strategic experience.

Yolanda has received several awards in her career, including Top Empowered Business Woman of the Year by Top Companies in 2006; and Youth Excellence award by the Black Management Forum in 2007.

Yolanda was also selected as one of the Young Global Leaders in 2008, an initiative by the World Economic Forum and named as one of the “20 Youngest Power Women in Africa” by Forbes Magazine in 2011.

Yolanda Zoleka Cuba holds degrees in Statistics and Accounting from the Universities of Cape Town and KwaZulu-Natal.

She is also an alumna of INSEAD International Executive Programme.