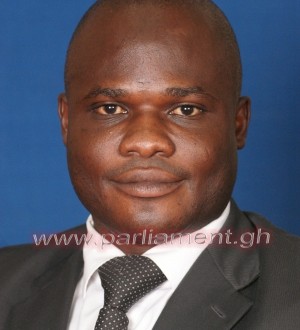 Member of Parliament for Banda in the Brong Ahafo Region, Ahmed Ibrahim, says it would be wrong for anyone to think that parliamentarians opposed to the ban placed on the exportation of cashew nuts from the country, are only seeking to sabotage the Trade Minister, Dr. Ekow Spio Garbrah.

The Ministry placed the ban on cashew exports in a bid to improve local processing of the crop, as part of efforts to boost job creation and deepen Ghana’s value addition agenda.

But some MPs from both the Majority and Minority side kicked against the directive, describing it as baseless. They further accused the sector Minister, Ekow Spio Grabrah of unlawful conduct over the export ban.

But speaking on Eyewitness News, Mr. Ibrahim said they were only concerned because people’s livelihood were being threatened by the directive, which could have also affected the same local industry that the directive sought to protect.

“Anyone who will say that we are working to discourage the interest of Spio -Garbrah may be getting it wrong. Don’t forget that for the past years Dr. Ekow Spio- Garbrah has been the Minister for Trade and Industry, all his budget are being considered by Parliament of Ghana. All his assistance and all his activities are being engineered by the committee of Trade and Industry. Every assistance that he needs from us has been given to him… ,”he argued.

Gov’t must pay attention to cashew

The MP said it was high time government paid attention to the cashew nut industry just like it does for the cocoa sector through the Ghana Cocobod.

He said Mr. Spio Garbrah, who’s also a cashew farmer, attests to the fact that the crop was not yielding the best for farmers, and thus wondered why he would allow such a directive that had the propensity to discourage the farmers.

According to him, frustrated farmers had threatened to cut down their cashew trees to go into cocoa farming following the directive.

The cashew industry generated 170 million dollars in the form of foreign exchange earnings for the economy in 2013.

Mr Justice Samuel Adjei, Deputy Brong-Ahafo Regional Minister who made this known in Sunyani at a closing session of a five-day master training programme for stakeholders in the cashew sector  in 2014, said the industry is the largest contributor to non-traditional export.

Meanwhile the Trade Ministry has in statement announced a withdrawal of the directive.

A statement signed by Dr. Spio-Garbrah said despite “withdrawing the directive,” his outfit “is taking steps to ensure that the development of the cashew industry is accomplished through a comprehensive and inclusive process.”

He said the Ministry will widen its consultations with stakeholders in order to ensure that the cashew industry becomes competitive in a broad-based manner that would lead to job creation and the general well-being of all stakeholders. 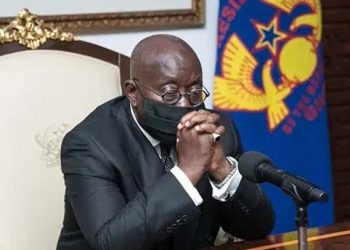