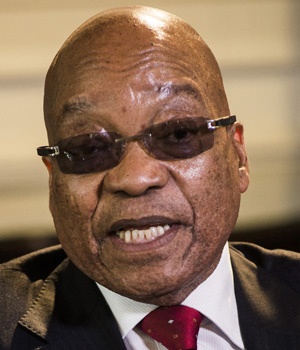 Cape Town – South Africa has put in place laws and policies to help businesses thrive in the country, President Jacob Zuma told the United Arab Emirates business community on his official visit to the Gulf state.

South Africa is open for business – thriving business, he told the business community in a prepared speech on Monday.

“I can assure you that our government will do everything humanely possible to help your businesses thrive in South Africa.”

Zuma’s visit to UAE follows a weekend stint in Saudi Arabia where he cemented business and political ties with the Saudi kingdom.

Among these is the expanded beneficiation of the country’s minerals and the development of the ocean economy, “something in which the UAE has registered significant progress”.

“We therefore invite you to invest in our Operation Phakisa, and partner us as we turn our vast sea waters into an engine of growth.”

Another area he highlighted for economic growth is South Africa’s attractive tourism sector. He assured potential travelers that the government is working on the challenges caused by the newly-introduced amendments to South Africa’s visa regulations.

Zuma noted that since his last visit to the UAE in 2011 total trade between South Africa and the Arab country increased sharply from $1.8bn to more than $2.2bn in 2015.

Zuma said he believes the growing trade relationship between the two countries can be further expanded to other sectors.

“The excellent air links between our two countries position us to further enhance our trade, especially in fresh produce.”

He pointed to a vegetable planting project in the Dube Trade Port near the King Shaka International Airport in Durban that can be exploited for exporting local produce to the UAE.

Referring to World Expo 2020 in Dubai, Zuma said the South African farming community would be ready to ensure there was more than sufficient fresh produce in the UAE markets.

On foreign direct investment, Zuma said the UAE had currently a total of R3bn invested in 14 FDI projects, while South Africa had invested a total of R5bn between January 2003 and June 2015 in 27 FDI projects in the UAE.

As air traffic in amid the coronavirus pandemic has started picking up gradually, South Africa Airways (SAA) has re-launched its...