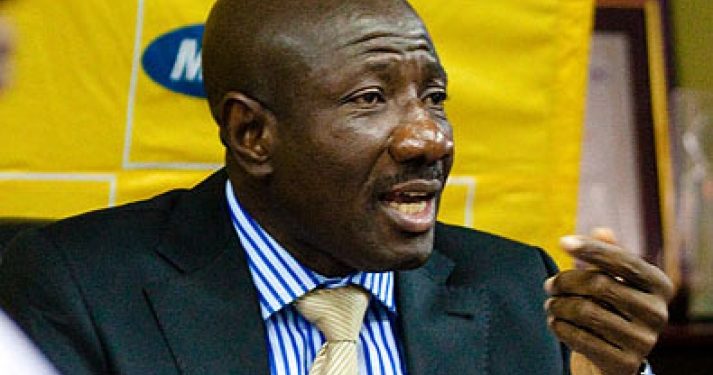 The Chief Executive Officer of MTN Ghana, Ebenezer Twum Asante has been named the CEO of the Year in the Directors/CEO category of Kwahuman Achievers Awards at Obo in the Eastern region.

This was announced during the third Kwahuman Achievers Awards ceremony organized as part of the Kwahu Easter Festival.

[contextly_sidebar id=”3WY7veHDX1v8QGP4yl8nOgIKI9zUpoJ2″]In his acceptance speech, Mr. Asante expressed his gratitude to the organizers and people of Kwahu for the consideration given him.

He described the award as “ an inspiration and challenge for me to work harder and excel in my role.”

The ceremony was organized by the Kwahu Development Association to honour citizens of Kwahu who have excelled in their areas of work and are contributing to the development of Ghana.

The Kwahu Easter Festival has been supported by MTN Ghana for eight years, and this year’s edition was no exception.

MTN donated cash, airtime, assorted drink hampers and MTN souvenirs to the traditional council and interacted with the chiefs of Abetifi,Obo, Obomeng and Mpraeso in separate ceremonies.

“We have taken the responsibility to support traditional festivals each year across the country to keep alive the values and principles that identify us as Africans,” he said.

Mr. Boadi  added that, “beyond these donations to various traditional councils, MTN invests in extensive corporate social interventions through its Foundation across the country” .

He stated that since the establishment of the MTN Ghana Foundation in 2007, MTN has invested more than GH₵ 21.5 million in 135 major Corporate Social Investment projects in the areas of Health, Education and Economic Empowerment.

These projects have directly impacted an estimated three million people across many communities in Ghana.

The Chiefs and traditional council members expressed their appreciation to MTN for the continuous support to the Kwahu Traditional Council.