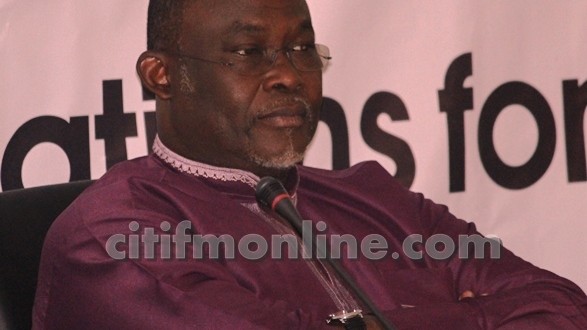 Leading banana and pineapple exporting company in West Africa, Golden Exotic Limited (GEL), has warned that Ghana risks losing millions of euros as government delays in ratifying the Economic Partnership Agreement (EPA) signed with the European Union (EU) before it expires on October 1, 2016.

In December 2007, Ghana initialled an interim EPA to avoid a similar tariff action after the preferential trade agreement enjoyed under a previous treaty, named the Cotonou Accord expired in the year 2000.

GEL, which makes an annual tax payment of 35 million euros to government, further cautioned that thousands of Ghanaian workers will lose their jobs if pragmatic steps are not taken to secure the trade market between Europe and the West African sub-region.

Speaking on the Citi Breakfast Show, the Corporate Affairs Manager of GEL, Mr. George Kporye, stated that it is important for government to give hope to the export market since the expiration date is already having an adverse effect on the sector as companies cut down on investment.

“On October 1, 2016 if we don’t have anything it will mean that we have to pay tariffs when we export to Europe”, he said, adding that banana for instance will attract a 19.4 percent increase while pineapple attracts 2.3 percent tariff increase.

He explained that such high tariffs will mean that the company has to fold up and send home the over 2,000 Ghanaians it employs.

He added that, already, exporters are facing terrible times due to the volatility in the exchange rate regime, as well as the power crisis that hit the country recently.

“The power situation has been terrible. We use a lot power to irrigate and use it to refrigerate the products, today our electricity bills have gone up by 75 percent to what we used to spend in December”, he lamented.

He stated that the company spent 650,000 euros in 2015, but with the increase in electricity tariff it is likely to hit a million euros this year.

Ghana in December 2007 initialed an interim EPA to avoid a similar tariff action after the preferential trade agreement enjoyed under a previous treaty , named the Cotonou Accord expired in the year 2000.

Trade volume between EU and Ghana

Trade volume between the EU and Ghana as at 2013 was estimated at 11.2 billion euros from 1.9 billion euros in 2000. Currently, the EU is Ghana’s biggest trading partner as trade volumes is further estimated to surge.

Trade analysts and financial experts have expressed worry over government’s lack of clear direction on the matter as income from EU is crucial for Ghana’s investment and economic expansion. In all, Ghana’s delay in signing a substantive Economic Partnership Agreement (EPA) with the European Union means a 20.5 percent tariff increment looms.

Government has until October 1 this year, to sign unto the agreement even though its intentions are unclear, sending mixed signals to exporters who fear higher taxes would be slapped on their produce making it less competitive.

Some of the producers and exporters who have expressed worry include; agro processing companies such as Golden Exotics, HPW Fresh and Dry, Blue Skies, Barry Callebaut and other cocoa processing companies producing for the EU market. Also, canned tuna exporters such as Pioneer Food Carney would be affected. Ghana was unable to qualify as it was elevated to join a league of lower middle income countries.