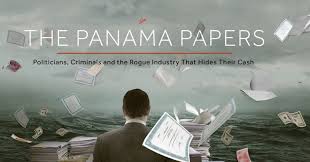 Malawi’s rich and powerful people, including former president Bingu wa Mutharika whom some sections of society had claimed he had offshore investments, are not among the world influential figures on the infamous Panama papers list.

Some Malawians on social media were asking state prosecuting agencies to probe former president Mutharika after it transpired that he had amassed a staggering K92 billion wealth during his eight year rule in this impoverished small country of 17 million people, more than half of whom live below poverty line.

The world has been shaken with reports that rich, powerful and influential people had offshore shell companies in Panama, most of whom are fake used as tax evasion and money laundering processes.

Parliament’s Public Accounts Committee is scrutnising an Auditor General’s report of missing about K577 billion (about $856 million) in public funds could not be accounted for between January 1 2009 and December 31 2014 spanning two administrations of former presidents Mutharika and Joyce Banda.

Some people wrongly believed some of the money was stashed in such offshore tax havens.

The move comes 10 months after the report, prepared by audit and business advisory firm PricewaterhouseCoopers (PwC) titled Financial Analysis Report: Reconstruction of the Malawi Government Cashbook for Purposes of Further Investigation was tabled before Parliament.

Revelations of the K577 billion unreconciled government financial statements came hot on the heels of a forensic audit report by British firm, Baker Tilly, that established that K24 billion () was looted from Capital Hill between April and September 2013 under the administration of People’s Party (PP).