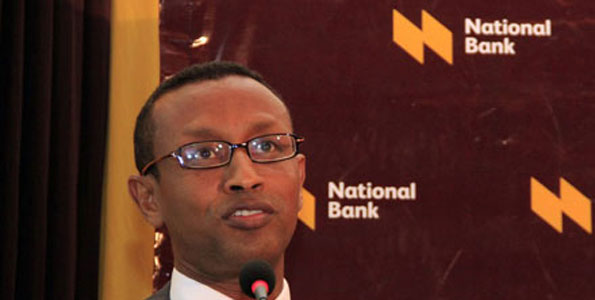 The National Bank of Kenya (NBK) has officially confirmed the exit of its former chief executive Munir Ahmed.

Mr Ahmed had earlier been sent on compulsory leave alongside five other senior executives pending investigations.

“In accordance with the continuing listing obligations under the Capital Markets (Securities) (Public Offers, Listing and Disclosures) Regulations, 2002, the Board of National Bank of Kenya Limited wishes to confirm that Mr Munir S Ahmed, formerly the managing director and Chief executive Officer of the Bank has since left employment of the bank,” said NBK’s company secretary Habil Waswani in a letter to the Capital Markets Authority, (CMA) dated 21 April.

The CEO was sent home on the eve of the National Bank’s announcement of a surprise net loss of Sh1.15 billion for the period to December 2015, from a net profit of Sh2.25 billion in the nine months ended September 2015.

It was a sack

Mr Ahmed had earlier said in the Nation interview: “I’ve exited. It was a sack. Suspension was a nice way of putting it.” Mr Wilfred Musau is currently holding the CEO’s position in an acting capacity.

The bank, which made an after-tax profit of Sh871 million in 2014, blamed the record loss on a mounting volume of bad loans, for which it pointed the finger at its senior managers.

On April 11, Mr Ahmed presented himself to the Department of Criminal Investigations to record a statement on the happenings at the NBK.
Mr Ahmed took over as managing director at the State owned lender on August 1, 2012.