Negotiations intensify for high aviation taxes to be scrapped 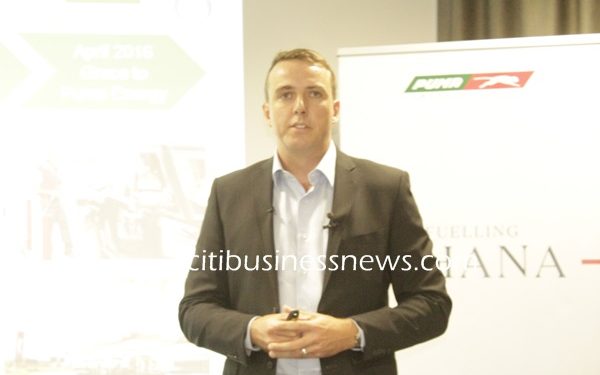 Players in the aviation industry have intensified negotiations to get government to scrap the high taxes imposed on aviation fuel.

The price of aviation fuel in Ghana is one of the highest in the sub-region due to the imposition of taxes such as price stabilization margin and export tax.

[contextly_sidebar id=”JWfSEC3drX9F8qnP4fqt0Gjy20p8A7XM”]General Manager for Puma Energy, Ghana, Myles Bouvier-Baird speaking to Citi Business News at the commissioning of a new aviation fuel station at the Kotoka International Airport, maintained that Ghana has a potential of becoming an aviation hub in the sub-region if the taxes are scrapped.

“The reason why aviation fuel is expensive in Ghana is because  it is one of the very few countries in the world that charges taxes on international airline volumes, if you actually remove these taxes or reduce these taxes significantly the average price will be on  par  with the West African average”, he explained.

According to him, there must be a deliberate move by government to attract investors into the aviation industry as Ghana is seen as a potential for the sub-region despite the taxes.

“The real solution is that we need to lobby the government and we are lobbying the government to either reduce or remove those taxes to help fulfill the country’s goal of making Ghana a West African hub for aviation fuel”, he pointed out.

Speaking at the commission of the station which is estimated to add 15,400 metric cube of aviation fuel to the national capacity, the Minster for Transport, Mr. Fifi Kwetey stated that government will work to increase Ghana’s storage capacity to boost trade and make the country a hub for aviation fuel.

“This additional infrastructure by Puma Energy  will go a step further to enhance Ghana’s aviation fuel security”, he said.

He stated that government is working to significantly increase petroleum infrastructure in the country to meet the country’s energy needs.