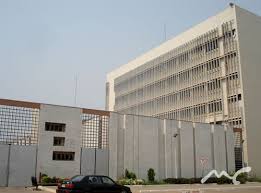 As the debate on who becomes the next governor of Ghana’s central bank, Chief Executive Officer of Dalex Finance and Leasing Company Limited Ken Thompson says Ghana needs a firm and competent governor to help save an ailing economy.

[contextly_sidebar id=”mHLDooGy0OanNdueBsvGKlmTvlXjtb7V”]According to Ken Thompson, the next governor must be someone who will not do government’s bidding as the person will help the government to spend within budget.

His comment comes as pressure mounts on President John Dramani Mahama to appoint a new Governor of the Bank of Ghana (BoG) than leaving the position vacant.

This follows a decision by Dr. Kofi Wampah to take an early retirement, four clear months before the end of his term on August 05, 2016.

At the moment, the first Deputy Governor of the Bank of Ghana, Millison Narh has been appointed Acting Governor until a substantive governor is appointed by the President.

In an interview with Citi Business News, Chief Executive Officer of Dalex Finance and Leasing Company Limited, Ken Thompson said it would be in the interest of the country to see the next Governor restore confidence to the central bank to give it credibility.

“One of the challenges we have is we need somebody who will help the government spend within its limit. If we have a governor who is swayed by the desires of the political establishment of the time, we are not going to get anywhere.” Ken Thompson stated.

The Dalex CEO also added, “Somebody says the governor is leaving at a time when the dollar is relatively stable. But the dollar being stable in Ghana now is a mirage and it is not going to last forever. So we just need somebody who is able to have an independent mind and is able to hold the government to spend within their limit, so whether it is coming from within the bank of Ghana or from outside, the most important thing is we need somebody who is competent.”