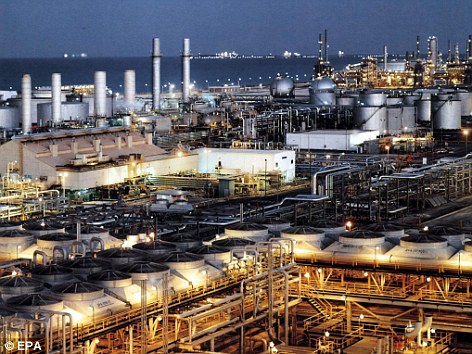 According to the Bank, the plunge in commodity prices – particularly oil, which fell 67 percent from June 2014 to December 2015, coupled with weak global growth, especially in emerging market economies, accounted for the region’s uninspiring performance.

This also represented the lowest figure which was last recorded in 2009.

The declining commodity prices have also lowered Africa’s terms of trade in 2016 by an estimated 16 percent, with commodity exporters seeing large terms-of-trade losses.

The impact of this development is also expected to lower economic activity across the region by 0.5 percent in 2016. Moreover, the current account and fiscal balance will be declining by 4 and 2 percentage points respectively.

The report also stated that other factors including the adverse impact of electricity shortages, policy uncertainty, drought and security threats compounded the impact of the declining market prices.

The World Bank is predicting difficult times for the external environment confronting the region.

The World Bank’s Vice President for Africa, Makhtar Diop explained, “As countries adjust to a more challenging global environment, stronger efforts to increase domestic resource mobilization will be needed. With the trend of falling commodity prices, particularly oil and gas, it is time to accelerate all reforms that will unleash the growth potential of Africa and provide affordable electricity for the African people.”

Some countries including Ghana nonetheless are expected to see moderate growth. This will be driven by improving investor sentiment, the launch of new oilfields, and the easing of the electricity crisis.

In Kenya, growth is expected to remain robust, supported by private consumption and public infrastructure investment.

The projected pickup in activity in 2017-2018 reflects a gradual improvement in the region’s largest economies – Angola, Nigeria, and South Africa – as commodity prices stabilize and growth-enhancing reforms are implemented.

But they need better institutions for effective planning and coordination that can raise urban economic density and productivity, and spur the region’s transformation.

Under utilization of opportunities offered by urbanization

Meanwhile the report recounts of sub-Saharan African countries’ inability to tap into the benefits associated with increasing urbanization.

According to the report, African countries are rather suffering from high housing and transport costs, in addition to the high cost of food that takes up a large share of urban household budgets.

With housing prices 55 percent higher in urban areas of African countries relative to their income levels; urban transport including prices of vehicles and transport services, which is about 42 percent more expensive in African cities than cities in other countries, households, workers and firms also face high urban costs.

The World Bank is therefore recommending that to build cities that work-cities that are livable, connected, and affordable, economically dense-policy makers will need to direct attention toward the deeper structural problems that misallocate land, fragment development, and limit productivity.