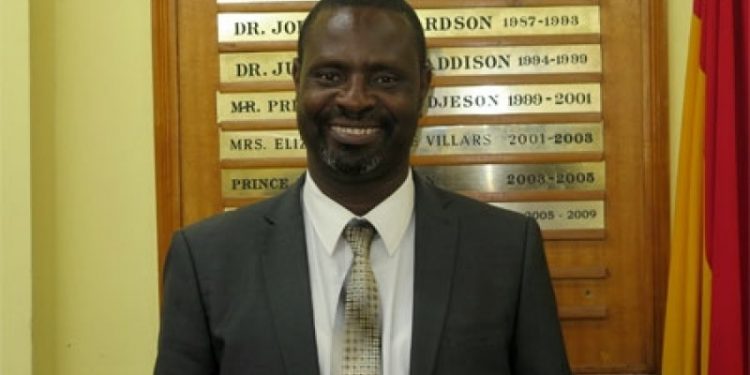 A 2016 first quarter Business Barometer report released by the Association of Ghana Industries (AGI), has shown that business confidence among business operators shot up in the first quarter of this year.

According to the report, business confidence among corporate leaders in the country in the first quarter of 2016 increased from that of the fourth quarter of 2015.

The report revealed that business confidence increased from the 95.9 points recorded in the fourth quarter of 2015 to 101.9 points in the first quarter of 2016.

This comes despite the numerous concerns raised by businesses on the impact of macro-economic challenges such as unreliable power supply, rising inflation as well as the high interest rates on their activities.

“I think from all indications, there has been some improvement and it has reflected in the Barometer indicator Index. We have moved actually from 95.9, and crossed the baseline slightly to 101,” he stated.

The AGI Business Barometer calculates the current business mood and expectations for the future.

According to the AGI, the rise in the confidence index may not be sustained if the challenges experienced in the first quarter persist.

Meanwhile the confidence level in employment saw a sharp decline; industry captains interviewed said the employment situation will stay same, as they are not optimistic they will expand their workforce.

High cost of utilities was named as the biggest challenge facing businesses while multiplicity of taxes was second and exchange rate volatile was the third.

In the first quarter of 2016, high cost of utility ranked first followed by multiplicity of taxes and cedi depreciation.

Seth Twum-Akwaboah explained that these challenges still pose a threat to businesses.

“We are comparing the challenges and the difficulties. In the case of quarter four of 2015, high cost of electricity was there as number one, and interestingly, it has repeated itself in quarter one 2016. Multiplicity of taxes came in second, cedi depreciation third and access to credit and delayed payments followed. But clearly, high cost of electricity is the major issue,” he observed.

Going forward, the AGI boss is optimistic the situation will turn around and industry players will continue to enjoy stability in their business activities.

“There has been some slight improvement and I think it is largely because there has been some stability in the first quarter at the macroeconomic environment level.  The cedi has not depreciated that much, inflation even though is still high has relatively remained within levels. Interest rates even though still high, have not changed much compared to previous quarters. So the stability brings some confidence,” Mr. Twum Akwaboah observed.