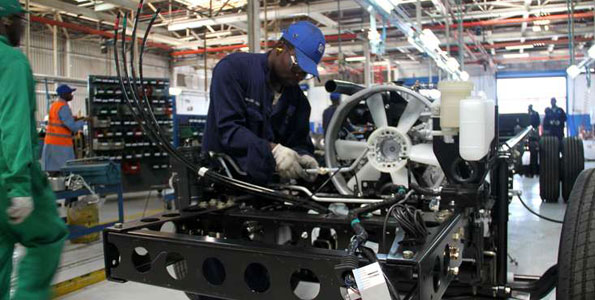 The number of locally assembled vehicles surpassed the 10,000 mark last year as vehicle dealers increased their output in a bid to lower their tax bills.

Data from the Economic Survey 2016 report released last week shows that production of cars, trailers and semi-trailers went up by 6.8 per cent in 2015.

The increased output comes on the back of incentives offered by the government to the assemblers.

Imports of parts used in local assembly are exempted from the 25 per cent import duty levied on assembled cars.

Kenyan motor vehicle assembly firms were last year guaranteed at least 40 per cent of the government’s annual car lease contracts, which could translate into lucrative deals for the firms that stand to get orders running into hundreds of units every year.

The government in 2010 adopted a policy of leasing motor vehicles instead of buying outright to trim heavy upfront acquisition costs and check mounting maintenance costs.
The State however leased nearly 3,000 vehicles in 2014, without discriminating on either locally assembled or imported units.

The Treasury last year said it would establish structures for motor vehicle fleet management to cover both leased and government-owned motor vehicles in the country.

The Kenya Vehicle Manufacturer (KVM)—assemblers of CMC and DT Dobie’s trucks and heavy commercial vehicles such as the Nissan double-cab pick-ups, Land Rover, Mazda, Iveco, and Mercedes Benz, Toyota Kenya, Associated Vehicle Assemblers (AVA) and General Motors East Africa (GMEA) are among local assemblers who have been battling it out for the 40 per cent reserve.

The government leased 800 more vehicles for the National Police Service starting last July as it strove to strengthen security operations in the country. An additional 500 vehicles is expected to be leased later this year starting July.

The move is also set to rev up job creation in the auto sector, which had been hard hit by cheap second-hand imports and concerns over their quality standards.

The local assemblers sighed huge relief last December, after the Treasury slapped a Sh200,000 excise tax on all vehicles more than three years old from the date of first registration and Sh150,000 for newer vehicles.