Algeria: Tripartite meeting transition to be marked by revitalization of economic governance 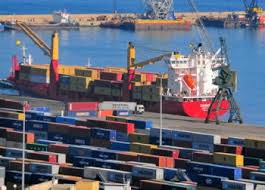 The government will begin, through the new growth economic model, a transition marked by an adaptation of the public and sectoral policies and a revitalization of the economic governance, said the final communiqué of the tripartite meeting, held Sunday in Algiers.

“The government will begin a transition in which there will be an adaptation of the public and sectoral policies, a revitalization of the economic governance and the emergence of players in the market which will allow setting up an economy where the strong dependency on the hydrocarbons and public expenditure will be gradually reduced,” said a document culminating the works of the 19th tripartite (Government, the General Union of the Algerian Workers (UGTA) and employers), held under the chairmanship of Prime Minister Abdelmalek Sellal.

The future growth economic model, to be soon adopted, will allow in the future “according to a gradual process, a policy of economic diversification, structural transformation and of revitalization of funding model of the economy based on an economic and societal vision,” according to the source.

The tripartite underlined, in this regard, that the economic and social development has been strengthened and intensified during the last few years but depends largely on hydrocarbons, public expenditure and the State’s predominant role as the first investor and the most important employer.

All the participants in this meeting supported the initiative of the public authorities consisting in setting up the new growth model and the measures to be taken to execute it, according to the source.

This initiative includes mainly an orientation towards an economic investment policy that should strengthen and develop the investment and the continuation of an industrial policy through the diversification of economy around the competitiveness of sectors and territories.