Court rules in favor of Starwin in rights issue tussle 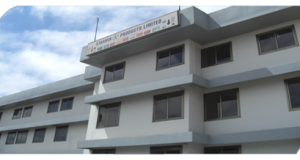 An Accra High Court, Commercial Division, has cleared pharmaceutical firm Starwin of any wrong doing in the sale of majority of its shares to pharmaceutical giant Dannex through a rights issue.

Starwin in December 2014 sold 68.64 percent stake of the company to pharmaceutical company, Dannex at a cost of over 5.5 million cedis through a rights issue.

[contextly_sidebar id=”ia4UaMblDp5KruCaUDb8U2zZBBYDoq4z”]Following the completion of the rights issue process and the acquisition of shares under the rights issue Dannex Limited, emerged the majority shareholder of Starwin.

But complaints were brought by individual members of the Board of Directors of Starwin and by Mirfield Properties Limited, the pre-rights issue majority shareholder, seeking to declare the entire rights issue as having been conducted in violation of the Regulations of the Company.

The complainant was also to the effect that IC Securities, the Transactions Advisors had usurped the power o the Directors during the rights issue process.

The complaint was investigated by the Director-General of Securities and Exchange Commission (SEC) and subsequently adjudicated upon by the Administrative Hearing Committee of SEC, both of whom determined there to be no merit in the complaints.

But  the individual members of the Board of Directors of Starwin and Mirfield Properties Limited proceeded on appeal to the High Court, Commercial Division Accra over the matter.

However after close to two years, an Accra High court presided over by Justice Eric Kyei Baffour today [Wednesday] ruled that the Regulations of Starwin Products Limited were not breached in the conduct of the rights issue.

Delivering the Judgment of the High Court, Commercial Division, Justice Eric Kyei Baffour held that the Regulations of Starwin Products Limited were not breached in the conduct of the rights issue.

The Court further held that IC Securities did not usurp the powers of the Directors in the conduct of the rights issue and that the actions of IC Securities were regular and customary of a Transactions Advisor. The Court dismissed the Complainants’ appeal with costs against the complainants.

Speaking to Citi Business News after the ruling the Managing Director of the Company  Mr. Yaw Opare-Asamoah indicated that ‘the Board of Directors have embraced the decision of the Court, it was the expectation that the Judgment of the High Court will put to rest all the issues relating to the rights issue and its attendant distractions, and will enable the Board of Directors focus more on furthering the objectives of producing quality drugs for Ghanaians and delivering greater value for Starwin Product and its Shareholders.’

The Company Secretary, Mr. Kwesi Austin, a Legal Practitioner of Amarteifio & Co., welcomed the Judgment of the High Court particularly as it related to the securities industry in respect of which judicial precedent was scant.

He assured shareholders of the unrelenting efforts of the Board of Directors in securing gains for the company.