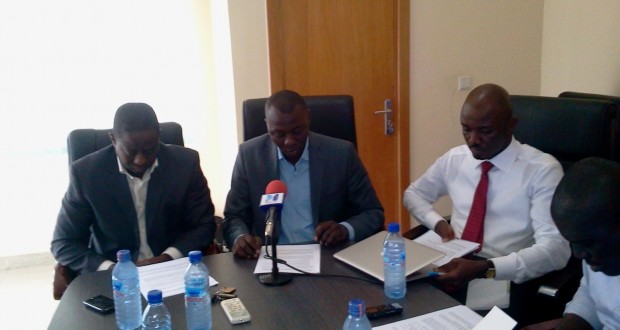 The adoption of direct negotiation for petroleum contracts has become a norm rather than the exception for most oil producing African countries.

This is the position of the Africa Oil Governance Report.

According to the report, nine out of the eighteen countries studied have adopted competitive bidding processes for the award of petroleum contracts but three countries including Ghana are yet to adopt same.

Yet, six countries had no data on competitive bidding processes for the award of contracts.

As a result, the proponent of the study, the African Centre for Energy Policy (ACEP), argues that such countries risk losing the most optimum investment offer for their petroleum blocks.

Speaking to Citi Business News at the launch of the report, the Deputy Executive Director of ACEP, Ben Boakye explained that the passage of Ghana’s Exploration and Production Bill to ensure open allocation of blocks, should provide maximum value for its petroleum blocks.

“For Ghana we want to see the E and P Bill passed immediately to ensure that there is open process for the award of contract we want to see the adoption of beneficial ownership information we want to know who is negotiating with our government on behalf of the people of Ghana,” he noted.

He added, “We also want to see that we are able to properly target the expenditure of revenue that comes from the oil so that we can have evidence of the revenue that is coming in.”

Ben Boakye further lamented the challenge confronting the use of data on oil revenue administration which he contended could impact transparency in the management of oil revenue,

“We have had over 3.5 billion dollars coming in so far but if you ask them to identify one project, the politicians will tell you that is what you see with the schools. But it is quite difficult when you want to do the kind of work that we do, trying to strike the impact of the oil revenues to know which projects are actually benefitting from the extraction of the resource,” he stressed.

The AOGR therefore assesses the efforts of the APPA member countries against eleven (11) selected governance indicators based on data sourced from their legal frameworks including national constitutions and petroleum laws.

Some of the key findings included were that;

Some recommendations offered by the ACEP include;

Ahead of the mid-year budget presentation by the Finance Minister, Ken Ofori-Atta, poultry farmers in the Ashanti region, are calling...