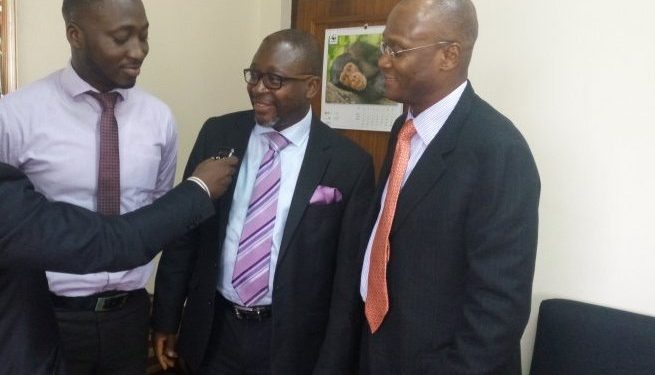 The Director of the Ghana Institute of Consulting, Mr. Richard Torkornoo has appealed to government to engage the services of local consultants with the requisite expertise before inviting foreign firms to undertake projects that could be handled by local consultancy firms.

According to him, most of the projects undertaken by foreign consultancy firms are mostly sub-contracted to the local firms which are seen to have adequate knowledge of the country’s geographic and demographic patterns.

Speaking to Citi Business News as part of events to mark the fourteenth anniversary of Shawbell Consulting, Mr. Richard Torkornoo stated that local consultancy firms must build their capacity to help debunk the notion.

“The perception is that local firms don’t have the capacity to handle huge government projects. This is just a perception which is not the case. There are recognized and excellent consultancy firms like Shawbell that has the capacity to deliver,” he said.

According to him, one major way consultants can dispel the notion is to build their capacity to meet international standards in other to survive.

“I think it’s important to stress that consultancy firms must build the capacity of their staff. When we talk of capacity building we are talking about engaging the requisite standards that are needed to make the profession excellent,” he said.

He stated that there is the need for consultancy firms to showcase how their activities have positively impacted Ghana’s socio economic development to change the perception on local consultancy firms.

Mr. Torkornoo maintained that if opportunity is given to some local consultancy firms in the country, most of them will display the highest form of international standards since they have always worked with the foreign ones that come into the country to work.

Touching on Shawbell Consulting 14th anniversary, a senior manager at the firm, Mr. Patrick Ofei stated that the company has provided legal and management consultancy services to governments, and companies in the  Mining, Telecoms, Financial Services and Oil and Gas sector

“We have provided high-quality professional services to numerous clients, and the firm is pleased of its 100 percent success record in the execution of its project assignments,” he said.

Mr. Ofei stated that the firm has also aided in developing various drafts for Ghana’s legislature.