Nigeria:Investors cheer currency float but won’t rush back yet 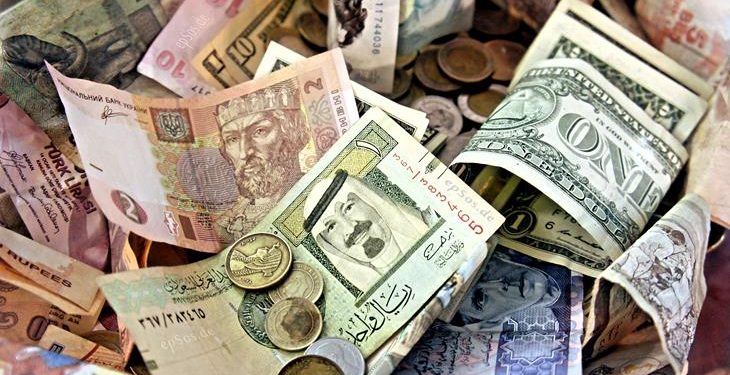 Nigeria’s swift one-step move to a floating currency has been welcomed by investors but most nonetheless will stay away until Africa’s biggest economy shows signs of recovering from damage inflicted by the 16-month old exchange rate peg.

Nigeria this week finally ditched the peg that had throttled foreign exchange markets, led to widespread capital flight and caused its first quarterly economic contraction since the 1990s.

Investors, local businesses and international lenders had called for a devaluation for months as the government burned through hard currency reserves to preserve the naira after a steep oil price tumble tore apart its finances.

But while investors welcomed the float as the right first step, most plan to watch Nigeria from the sidelines anticipating more pain in store.

“It is positive, it is a more credible and flexible exchange rate regime in the long-run, you will see an external rebalancing of the economy, a fiscal adjustment and so on,” said Jonas David, emerging market specialist at UBS Wealth Management in Zurich.

“But in the near term, things will get worse before they get better.”

A slide into recession after the economy shrank in the first quarter of the year and a fresh spike in inflation are among issues investors will want to wait out, said David, together with confirmation that the new regime is functioning properly.

Once that happens, focus will shift to fundamentals such as returning the economy to growth – key for a country of 180 million where some 46 percent live in poverty.

Inflation too is running at the highest in more than six years – it hit 15.6 percent in May – already above the central bank’s 12 percent interest rate. [nL8N19619G]

The currency devaluation is likely to push inflation north of 20 percent in the second half of the year, meaning authorities will need to ramp up interest rates if they want to lure back foreign money to bond markets.

“Right now you have negative real interest rates, so investors will not be enamoured with buying Nigerian bonds given where inflation is or where it is headed,” said Kevin Daly at Aberdeen Asset Management. “You need (a yield) somewhere between 15-20 percent to make this attractive.”

Foreigners held $5.4 billion of Nigerian bonds in September 2013 but dumped most of them after the country was ejected last year from JPMorgan’s GBI-EM index – the most widely used emerging debt benchmark.

A country cut from the index needs to wait at least 12 months before re-inclusion.

But the bond market’s size, liquidity and turnover all made it attractive to foreign investors, said Samir Gadio, Head of Africa Strategy FICC Research at Standard Chartered Bank, noting that Lagos’ $150 million daily turnover was next only to South Africa’s on the continent.

Nigeria’s bourse has avoided the same fate, as index provider MSCI has retained it in its frontier equity indexes with a sizeable 12.4 percent weight. But local stock exchange data shows foreigners’ share dealings are down 66 percent from a year earlier.

While the market has surged about 8 percent this month in anticipation of foreigners’ return, fund managers, eyeing an ominous combination of rampant inflation and slowing growth, may not rush back.

Africa’s biggest oil exporter saw its economy shrink by 0.36 percent – its worst performance in a quarter of a century – and economists predict the contraction deepened in the second quarter due to fuel and FX shortages.

“It will be at least 12 months before we see any green shoots,” said Yvonne Mhango, Sub-Saharan Africa Economist at Renaissance Capital in Johannesburg. “The pain has to cut in full through the economy.”

An average naira rate of 270 per dollar this year implies a fall in Nigeria’s dollar GDP to $400 billion from $481 billion in 2015, Renaissance Capital estimates.

All this is set to hit the local population and firms hard, but foreign companies operating in Nigeria have also suffered. Brewer Heineken for instance reported that consumers had been shifting to cheaper brands.

“(Naira devaluation) will lead to a consumer recession, a collapse in profits in companies,” said Robert Marshall-Lee, investment director at Newton Investment Management.

While Marshall-Lee predicts an “ugly market” for the next couple of years, he says stronger companies such as Guinness Nigeria, Nigerian Breweries or lenders Zenith Bank and Guaranty Trust Bank will probably weather the storm.

“When we see the market pricing the new reality and the stocks de-rate to reflect the new profit base, we will let that shake out happen. It might well over-correct which will give us an opportunity to buy.”