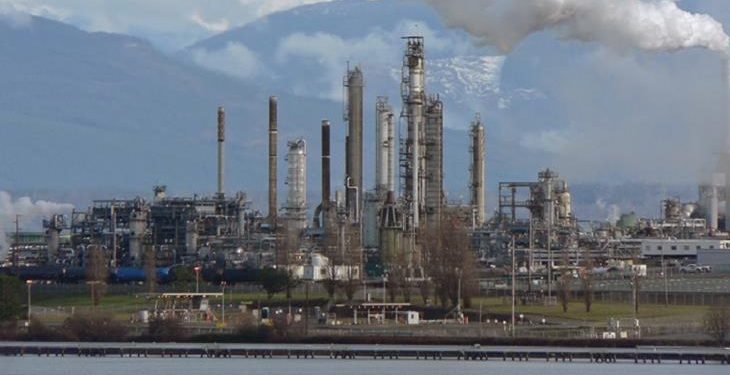 Refineries from India to the United States are backing away from buying Nigerian oil amid heightened uncertainty about deliveries as the country squares up to militants in the restive Delta region.

Their reluctance to buy is limiting the prices Nigeria can get for its oil even as there is less of it – another hit to the finances of a country battling its worst economic crisis in decades.

A group calling itself the Niger Delta Avengers has staged a number of attacks on oil installations belonging to Shell, ENI and Chevron, pushing output in what is usually Africa’s largest crude exporter down past 20-year lows last month.

Some oil facilities have clawed back output, but the Avenger attacks have continued and the group has vowed to bring Nigerian production to “zero”.

“Not everybody wants to be caught up in that, so they will avoid it,” said Olivier Jakob, managing director of PetroMatrix in Switzerland. “The refineries will walk away from it.”

India’s HPCL was forced last month to cancel a vessel it chartered to carry 2 million barrels of West African crude due to the Qua Iboe force majeure.

India’s state-run Indian Oil Corp. Ltd – a major buyer of Nigerian grades over the past year – has stated in its recent tenders that it would not take grades under force majeure. Qua Iboe remained off the list in its latest tender, according to a document seen by Reuters, an extremely unusual development in its requests for sweet crude.

Traders said Pertamina had shifted its preferences since the violence and uncertainty escalated, although Daniel Purba, senior vice president of ISC Pertamina, told Reuters by text message that Pertamina is “monitoring” Nigeria, but “currently it’s still not affecting crude purchasing.”

Four of Nigeria’s oil grades – including the largest stream, Qua Iboe – have been under force majeure in the past month – a legal clause that allows companies to cancel or delay deliveries due to unforeseen circumstances.

ExxonMobil, which declared force majeure on Qua Iboe in May due to an accident, lifted the declaration last week, but the unpredictability is too much for some buyers.

The reduced demand means Nigeria is not benefiting as much as others from a rebound in Brent crude prices, which is partly driven by its own oil outages.

Even refineries on the U.S. East Coast, which have been on a buying spree for Nigerian crude in recent months that averaged 240,000 barrels per day (bpd) in April and May, according to Reuters shipping data, are starting to turn away.

“When you plan your crude run months in advance and commit buying cargo, you need to be comfortable that the cargo will be there when you go to lift,” one U.S. east coast oil trader said.

As a result, differentials to dated Brent for Qua Iboe, Bonny Light and other grades are under downward pressure. There are several unsold cargoes for June loading, even with more than half a million barrels of production missing.

The Nigerian government set up a team this week to launch dialogue with the Avengers, but the group, via their Twitter feed, rejected the offer to talk and blew up another Chevron well.

“The nature of the recently re-emerged militancy in the Niger Delta suggests it is here to stay for the foreseeable future,” said Elizabeth Donnelly, assistant head of the Africa programme at Chatham House, a London-based think tank.