Union Savings & Loans to be known as OMNI bank 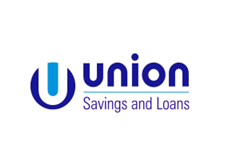 Union Savings and Loans will be rebranded as Omni bank as it begins its journey as a bank in a few weeks.

Union Savings and Loans which was issued with a provisional banking license by the Bank of Ghana late last year – 2015 is expected to commence operations as a commercial bank in July, 2016.

Registered in 1989 Union Savings & Loans is one the oldest savings and loans companies in Ghana.

Union Savings and Loans has been operating in the banking sector as a “tier 2” Bank and has undergone major restructuring and recapitalization in the last few years.

Earlier the Managing Director of Union Savings and Loans, Philip Oti- Mensah speaking to Citi Business News about the company’s performance so far said “since we set of, we grew our total assets from just about 15million in 2012, by end of 2014 184 million, and that is about a 12 fold growth.

We’ve grown our loan portfolio by almost 12 fold. And with these we have indeed not only become a strong brand in the tier 2 banking space but also left to the key figures we are indeed in the top 5.

Despite the short term successes we believe that these first 3 years have largely been a period of building a brand therefore we are not satisfied, we want to achieve more towards vision 2017 as we seek to become a dominant commercial bank,” Mr.Oti-Mensah added.