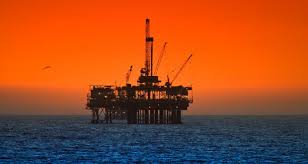 Ghana will soon be submitting its counter-memorial (detailed defence) to that of Cote d’Ivoire at the International Tribunal of the Law of the Sea (ITLOS) in Hamburg.

This is according to the Chief Executive Officer of the Petroleum Commission, Theophilus Ahwireng.

According to him, the detailed defence will be Ghana’s response to Cote d’Ivoire’s defence of case on the boundary dispute between the two countries regarding oilfields and the adjoining seabed.

Speaking to Citi Business News the Chief Executive Officer of the Petroleum Commission Ghana, Theophilus Ahwireng said Ghana was on track and was confident Ghana will win the case against its west coast neighbour, Cote d’Ivoire.

“Ghana will in the next few weeks submit its counter memorial to that which Ivory Coast submitted and I’m very confident that Ghana will win this one,” he stated.

Mr. Ahwireng further indciated, “I believe that we are on track as Ghana wants to resolve this matter in the appropriate manner. That is why we submitted the matter to the International Tribunal of the Law of the Sea and since then we have gone through the processes involved,

“Ghana first submitted her memorial and the initial hearing was done and we were given the mandate to go ahead with drills but with some restrictions and we have complied. Ivory Coast has also submitted its counter memorial a couple of months ago after Ghana submitted its initial memorial.” The Petroleum Commission boss added.

Cote d’Ivoire had earlier called for the suspension of activities on Ghana’s oil fields, by disputing the maritime boundary until the final determination of their disagreement over the boundary.

Ghana went to the ITLOS in September 2014, under the United Nations Convention on the Law of the Sea (UNCLOS), seeking a declaration that it has not encroached on Cote d’Ivoire’s territorial waters.

Cote d’Ivoire in February 2015 filed for preliminary measures and urged the tribunal to suspend all activities on the disputed area until the definitive determination of the case, dubbed: “Dispute Concerning Delimitation of the Maritime Boundary between Ghana and Cote d’Ivoire in the Atlantic Ocean.”

“Case 23” was filed by Ghana after 10 failed negotiations.

But the Special Chamber of the ITLOS on April 25, 2015 declined to suspend production activities in the disputed area.

The Chamber at the time explained that in its view, “the suspension of ongoing activities conducted by Ghana in respect of which drilling has already taken place would entail the risk of considerable financial loss to Ghana, and its concessionaires and could also pose a serious danger to the marine environment resulting, in particular, from the deterioration of equipment.”

Cote d’Ivoire had up to April 4, 2016, to file its counter-memorial (detailed defence) as to why it should be declared the owner of disputed oilfields and adjoining seabed.

Ghana also had up to July 4, 2016, to submit a reply to Cote d’Ivoire’s counter-memorial, while Cote d’Ivoire is expected to file a rejoinder on October 4, 2016.

Meanwhile the oral hearing of the maritime border dispute between the two countries is expected to commence in February 2017.