Mid-year budget review to be rescheduled? 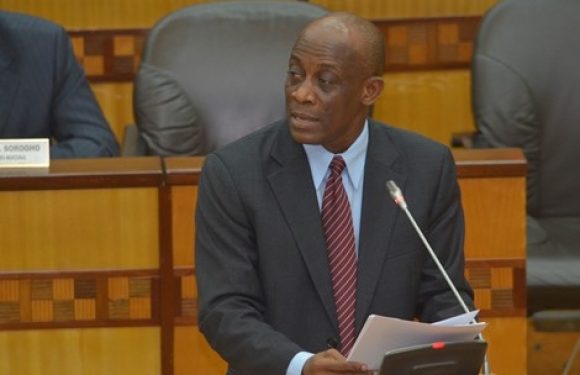 Parliament is expected to decide today, whether or not Finance Minister, Seth Terkper will appear before the House to present this year’s mid-year budget review, tomorrow, Friday July 22.

This follows an objection by the Minority Leader, Osei Kyei Mensah-Bonsu to the timing of the Finance Minister’s presentation.

Mr. Kyei Mensah Bonsu explained that the presentation would clash with the schedule of the funeral of the late MP for Abetifi, Peter Wiafe Pepra.

The Deputy Majority Leader, Alfred Agbesi, who delivered the notice of the Finance Minister to the House, agreed with the Minority Leader that the mid-year budget review would have to be postponed.

But the final decision of the House will be expected later today as the second Deputy Speaker, Hon. Joe Ghartey, who presided over the issue, directed the Business Committee of the House to get in touch with the leadership to resolve the matter.

“I think that the leadership should take the matter up with the Speaker and Finance Minister and give us the response tomorrow (Thursday) because this is a very important matter and honoring our departed colleague is also an important matter,” he said.

Hon. Joe Ghartey added, “It will not look good at all for us if we have the situation where majority of the members are not present because they may be taking part in the ceremony of our departed colleague.”

The Finance Minister’s mid-year budget review is expected to adjust financial targets with revenue shortfalls in the year.

The Minister is likely to among other things reduce revenue targets for 2016 in line with falling international commodity prices.

Hon. Peter Wiafe Pepera, died on Saturday, May 21 at the 37 Military Hospital where he was on admission.

The 62-year old MP was once a minister in the National Democratic Congress (NDC) administration before joining the NPP in 2001.

He was a Ranking Member on the Trade and Industry Committee in Parliament.