The Director General of the National Communications Authority, NCA, William Matthew Tevie has told Citi Business News that the authority will not grant any more licenses and authorisations for mobile voice operation in Ghana.

According to him, the mobile telephony industry is moving away from cellular mobile voice to data services hence their decision to concentrate on the data side.

Mr. Tevie also explains to Citi Business News the decision to hold on with the granting of new licenses to prospective mobile voice operators is viewed against the backdrop of a limit on how much could be put in the mobile voice spectrum.

“The big push for the next ten years would be at the data side and that is what we have been working on because we were forward thinking 4 to 5 years ago. We started giving out the broadband wireless systems licenses and we have given away some for the data side too,” he stated.

“In terms of voice for the telecom sector, there is a limit on how much you can issue when it comes to the spectrum plus it is all crowded now in that sector,” he added.

Ghana currently has six mobile voice operators serving a population of about 26 million.

At the end of April 2016, the total number of mobile voice subscribers stood at a little above 36.138 million representing a total penetration rate for the month under review at 131.63%.

Meanwhile at the end of April 2016, total subscribers of mobile data in the country was hovering around 18.698 million with a penetration rate of 67.63%. 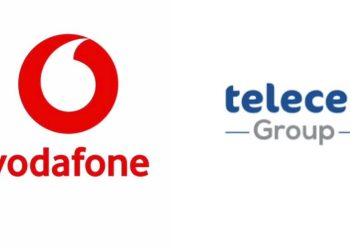 International telecommunications firm, Telecel Group, says it is willing to re-engage government to get the clearance to acquire Vodafone PLC’s...