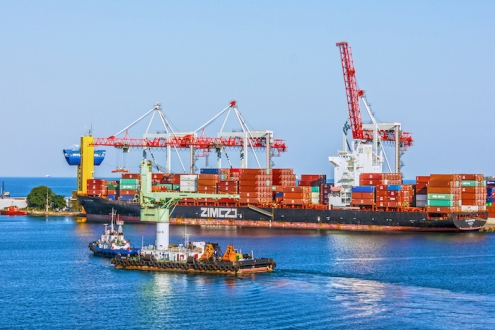 In the past ten years alone, there have been countless calls by shippers for the abolishing of illegal fees and charges being imposed by shipping lines on imports and exports.

Almost an annual affair, these calls have been led by various organisations such as the Ghana Institute of Freight Forwarders (GIFF), Ghana Union of Traders Associations (GUTA), Private Enterprise Foundation (PEF), the Association of Ghana Industries (AGI) amongst others.

On at least one occasion, the Minister of Transport ordered the investigation of what was described as illegal ‘taxes’ imposed by carriers or shipping lines and their agents on port users.

The charges in question are commonly referred to as local charges and are mainly levied by the carriers’ representatives in Ghana.

Granted that the agents provide container release services for which some fees ought to be earned. However, the plethora of the charges is the cause for concern.

What is more, the agents themselves often have trouble explaining exactly what service the charges are being levied for.

For example, in some cases Container Cleaning Fees have appeared on invoices in respect of shipper-owned containers i.e. containers which the consignee will not be returning emptied to the line and which therefore will not require cleaning.

Business associations have lamented the resulting higher costs of doing business in Ghana.

In 2007, the former president of the AGI, Tony Oteng Gyasi, was on record placing the additional costs to businesses at USD300 million a year.

It has also been stated by a joint group of business associations in a press release dated August 2, 2016 that the implementation of the shipping agents’ terminal handling charge could cost businesses an amount of USD78 million per year.

The Shipping Review (2007) published by Ghana Shippers Authority (GSA) states that as many as 54 shipping agencies participated in Ghana’s liner import trade.

That is a sizable number of players.

Using the market share figures published by the GSA, a calculation of the market concentration using the Herfindahl-Hirschman index (HHI) yields a measure of less than 200 which suggests a competitive market with its attendant advantages of lower prices, improved quality of service and consumer choice.

Most carriers and their local agents belong to an umbrella body called Shipowners and Agents Association of Ghana (SOAAG).

The Association’s website states that it was formed to give members a unified front to ensure a successful business in Ghana’s maritime industry.

The Association represents its members primarily in negotiations with the Ghana Ports and Harbours Authority, the Ghana Shippers Authority and terminal operators such as Meridian Port Services.

While there is nothing particularly wrong with a trade association of like-minded companies, evidence abounds that unless carefully checked, such organisations can adopt a cartel-like nature and almost immediately, the advantages which a competitive market brings to consumers completely disappear into the shadows cast by a monopolistic monster.

A close look at the shipping agents’ actions over the years suggests that members of SOAAG reach agreement on what type (and perhaps amount) of fees to implement and almost simultaneously, as if on cue, the shipping community begins to receive notices from various carriers of their intention to introduce new or higher charges.

As in the recent case of the introduction of terminal handling charges, the various agents are quoting between UD140 to USD155 for a 20-footer container and USD260 to USD275 for a 40-footer container, prices which interestingly fall within a very tight band of plus or minus USD15.

One can only suspect that such announcements are either agreed in advance or at the very least are signals by carriers to each other of their pricing intentions and which allows them to co-ordinate their behaviour.

It is not only the seemingly co-incidental nature of the timing, amount and type of charges imposed that is worrying, but also the fact that these charges are imposed on consumers without the consent of the Ghana Shippers Authority as required by law.

These companies are without doubt concerted in their defiance and if the countless unheeded protests are anything to go by, shippers seem powerless against them.

Interestingly, even the state-owned monopoly that is the Ghana Ports and Harbours Authority subjects itself to the GSA’s review in setting port tariffs in order not to disadvantage port users including these same ship-owners and agents.

An argument with a shipping line agent over the legality or otherwise of charges can be costly for the importer as the resulting delays in the container release process leads to the accumulation of demurrage and possible forfeiture of the cargo.

In fact, once cargo lands in the hands of a shipping agent, the shipper begins a race against time. Trouble is, the shipping agent is imposed upon the consumer by the carrier.

And if that isn’t already limiting, in situations where the carriers’ agents have essentially fixed their prices, there is little or no incentive for the shipper to go bargain-hunting.

He simply has no choice but to accept the charges and make the most of a bad situation, invariably passing on higher costs of doing business to the end user.

Yes, something ought to be done about this.

But are the calls for abolishing illegal charges the right way to go? Protests by the business associations, warnings by the Ghana Shippers Authority and condemnation by Ministers have all yielded little fruit.

It appears the shipping agents have unfettered ability to set rates, in a concerted manner, in spite of the powers granted to the GSA by law.

Perhaps this is because power to negotiate rates is not as strong as a regulator should have, but that’s a discussion for another day.

Furthermore, calls on government to intervene and check this behaviour will, at best, result in persuasion tactics that the shipping agents can decide not to yield to, as borne out by past events.

The vertically-integrated nature of some carriers means that we have shipping companies that are looking to maximize profits from freight on the ocean haul, local charges collected by the agencies and in some cases terminal operations and inland transportation.
It is therefore unsurprising that carriers could attempt to use local charges to make up for recent losses incurred as a result of depressed freight brought down by excess capacity on their trading routes.

Shipping agents in Ghana would not be the first to display anti-competitive tendencies; several examples across the globe show that such behaviour is even more pronounced in shipping particularly due to the specialized, high-risk nature of shipping and the acceptance of the practice of liner conferences for decades.

However, with the passage of competition laws which some national antitrust watchdogs have successfully used to clamp down heavily on violators, there is now a global non-tolerance for concerted practices.

In the European Union (EU) for example, a shipping line found culpable of co-ordinated behaviour can face penalties of up to 10% of its global turnover, translating to hundreds of millions of dollars and in some cases a few billions.

The writer strongly posits that the most effective way to curb anti-competitive behaviours is antitrust regulation. Legislation and an effective regulator are needed to check behaviour that harms competition in all sectors of the economy; be it shipping agents or oil marketing companies.

Cartels that are camouflaging as trade associations need to be investigated and brought to book and so must monopolies intent on enjoying supernormal profits and offering shoddy products or services.

The threat of heavy penalties will invariably discourage anti-competitive behaviour and lead to increased competition.

As market players are forced to compete, all things being equal, prices will be pressured downwards allowing Ghanaian businesses to be more profitable and pay higher taxes to the State.

In conclusion, the actions of ship-owners and their agents in Ghana quite worryingly appear to be engaged in anti-competitive behaviour and in the writer’s opinion, effective anti-trust regulation, not moral suasion, are what Ghana needs to discourage concerted practices and enhance competition.

Comments can be sent to [email protected]