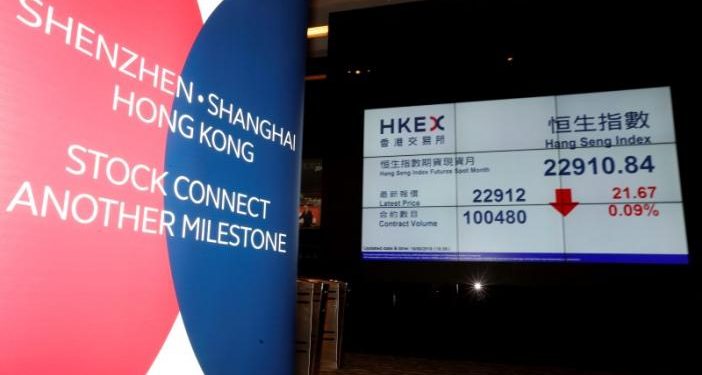 A plan to connect the giant stock markets of Shenzhen and Hong Kong offers global investors tempting access to China’s fast-growing tech sector, but high valuations and a reputation for wild speculation are likely to keep many buyers at bay, money managers said on Wednesday.

China’s cabinet approved the long-awaited scheme on Tuesday, marking one of the country’s biggest capital market reforms in over a year, though a launch date has yet to be set.

But the scars from last year’s stock market crash are still fresh, and analysts say an avalanche of foreign funds is unlikely as the world’s second-largest economy continues to slow and the yuan currency hovers near six-year lows.

The Shenzhen stock market has exploded into the second busiest in the world, and technology stocks account for nearly a quarter of its listings as Beijing encourages new economic growth drivers.

But many firms are small and unknown, and overall valuations are already a third higher than in neighboring Hong Kong and more expensive than other China-focused shares listed abroad.

“Investors aren’t very enthusiastic about Shenzhen because the timeline (for the launch) is quite long and there are better plays elsewhere in the Baidu’s, Alibaba’s and Tencent’s rather than looking for value in Shenzhen,” said Alex Wong, reeling off the names of China tech firms which have attracted global attention.

Wong is a portfolio manager at Ample Capital with $100 million in assets under management.

Charles Li, CEO of Hong Kong Exchanges & Clearing (0388.HK) said the new link would be launched by Christmas if not sooner, a timeline longer than the Shanghai-Hong Kong connect scheme which was implemented in a much shorter time frame in 2014.

The Shanghai-Hong Kong link was also launched with much fanfare, but it failed to gain traction for a long time after China’s stock markets plunged more than 40 percent last summer.

Shenzhen is Asia’s busiest exchange, with monthly turnover topping $1 trillion. Its average daily turnover ranks behind only the New York Stock Exchange, according to the World Federation of Exchanges data.

Turnover on some counters outstrip that of larger blue chips, with punters keen to plunge into “New Economy” shares in hopes of making a quick buck.

The Shenzhen market has more small-cap stocks than Shanghai, with an average market capitalization of about half of that of Shanghai listed shares, according to East Capital.

On Wednesday, for example, the top three traded stocks on the Shenzhen exchange each had a far higher turnover than the busiest stock on the Hong Kong bourse: the Hong Kong Exchanges and Clearing Ltd.

But on a market capitalization basis, they totaled half of that of the Hong Kong stock market operator.

Despite China’s removal of overall investment quotas for both the Shenzhen and Shanghai connect plans, daily investment limits remain and other concerns persist.

Expectations of further weakness in the yuan may also keep international investors away. It has lost more than six percent of its value since Beijing suddenly devalued it last August.

“In terms of my portfolio, I haven’t done anything around Connect yet as A-shares are underperforming and we also have a view that the Chinese currency may depreciate,” said Arthur Kwong, head of Asia-Pacific equities, at BNP Paribas Investment Partners.