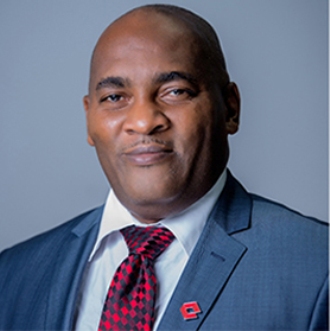 Citi Business News understands some commercial banks in the country are strategizing to meet a potential increase in the minimum capital requirement by the Bank of Ghana.

The banks, which admit any such decision by the regulator will protect depositors and improve performance in the industry, however fear they may be forced out of business if they fail to meet the revise figures.

Currently, the banks need 120 million cedis before they can be licensed to operate.

The figure is however anticipated to increase to about 200 million cedis.

The CEO of Capital Bank, FitzGerald Odonkor tells Citi Business News of his company’s preparedness for a rise in the minimum capital requirement.

Meanwhile Mr. Odonkor says Capital Bank which is one of the new entrants into the banking industry is working to become a Tier 1 category bank within the next five years.

“Talking about being a Tier 1 Bank, it’s the level of our operations, our scope, our clientele base and how visible we become with the market, and that is why we have a strategic plan of becoming a tier one bank in the next five years,” he further noted.

The economic capital requirement, according to Nana Otuo Acheampong, will allow the banks the choice to either remain a small bank or grow to become a bigger bank which allows them opportunity to participate in multimillion dollar transactions like the cocoa syndicated loan and the Ports expansion projects which require huge funding considering their capital base.

“There should be a choice in that if somebody wants to remain a small bank, then it should be allowed to remain as such but if the bank’s economic activity is so high that it requires bigger capital, then the argument that is being advanced in the industry comes in handy,” Nana Otuo Acheampong explained.