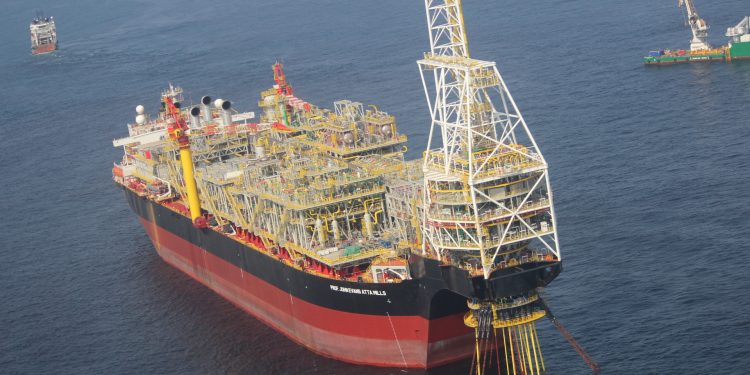 As oil production at the Tweneboa Enyenra Ntomme (TEN) field commences this week,  the Ghana National Petroleum Corporation (GNPC) has disputed claims that the financial agreement covering the project is a rip off.

Speaking to Citi Business News, the Chief Executive Officer of the GNPC, Alex Mould maintained that Ghana has a fair deal since the calculation is purely based on economics.

“I think we are getting a fair deal, Jubilee was our first field, so every single petroleum agreement that have been signed there after, there’s an improvement,” he said.

He pointed out for example that, there has been an improvement in the initial interest which prevents Ghana from incurring any cost until production.

“There has been an improvement in the initial interest which is what we call the carry. We are carried. We don’t pay till production. And then we also have a participating interest where we actually pay for it once the development begins,” he said.

He stated that Ghana spent a total of 4 billion dollars in pre-development and the actual development which was carried.

He stated that government has signed other agreements in the petroleum industry that puts the total benefit to over 17.5 percent interest.

Touching on other clauses that will benefit Ghana, Mr. Mould stated that it is pertinent to look at the ‘take’ on every barrel of oil since government gets revenue, equity interest, carried interests, participating interest and corporate tax in the production chain.

He stated that a cursory calculation of the benefit revealed that Ghana is better off under the current agreement covering the TEN field.

The TEN Oil field is expected to produce over 23,000 barrels of oil per day (bopd) on average till close of the year.

According to lead managers of the project, Tullow Oil Ghana Limited, the figure is expected to ramp up as more wells are brought on board the production in the coming weeks.

At full capacity, the field is expected to produce 80,000 barrels of oil per day.

The Project Director of the TEN field, Mr. Terry Hughes last week told Citi Business News that the quantity of oil production by close of the year will depend on the quality of wells at the seabed.

He pointed out that production is expected to increase as engineers gradually ramp up.

“We make predictions. I will be a little bit cautious to give you specific data since we forecast. Some of the wells will come on as good, some will be better, and some will be slightly less, that is Mother Nature,” he said.

Mr. Hughes announced that the field is expected to produce about 300 million barrels of oil over the 25 years lifespan of the project.

He stated that 80 percent of production will be oil while the remaining 20 percent will be gas.

The TEN project is developed in the offshore deep water, 60 kilometers off the coast of the Western region.

At start-up, ten wells will be required and these have already been drilled.

The Floating Production, Storage and Offloading (FPSO) vessel, Prof. John Evans Atta Mills  has been anchored over the field with a significant amount of subsea production equipment installed in the sea bed.

The Ghana Union of Traders Association (GUTA) has commended the Speaker of Parliament, Alban Bagbin for addressing concerns they raised...