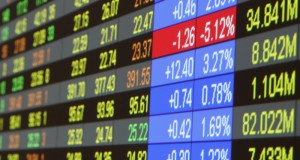 Fund managers in the country have been cautioned against investing in banking stocks as the return on such investments keep dwindling.

The warning was made by the Chairman of IFS Capital Management Limited, Samuel Agyapong Apenteng.

According to him, the sharp drop in the performance of banking stocks attributed to the rise in Non-Performing Loans (NPLs) among banks in the country, makes it unwise to invest in such stocks.

In addition, Mr. Apenteng explained the year under review saw banking stocks drop massively leading to the my -wealth unit trust fund having to move its funds to other areas.

He made the remarks when he spoke to Citi Business News at the Annual General Meetings of the three unit schemes managed by the IFS Capital Management Limited.

“Historically, the banks were quite a juicy area, but the way the economy has performed over the last couple of years or so, you would find that most banks are having very huge NPLs which means that their performance is beginning to have some challenges. Debtors are not really honoring their obligations and so it is an area which we find very risky at this point to want to invest in but it doesn’t mean that it will continue to be same all the time.”

Samuel Agyapong Apenteng further stated that “the other area to look at is the construction industry which is quite risky as well. Because you will find that the main employer often times turns to be government and its district assemblies and these are institutions who perhaps are not meeting their obligations on time.”

“So anybody who gets involved in such areas where there is no certainty and a difficulty in predicting cash receipts is getting into serious crises,” Samuel Agyapong Apenteng further intimated.

Net income for the Richie Rich Unit trust was 54,411 cedis representing a 99% growth over the 2014 performance.