‘No worries over collapse of local rice’ – Trade Ministry 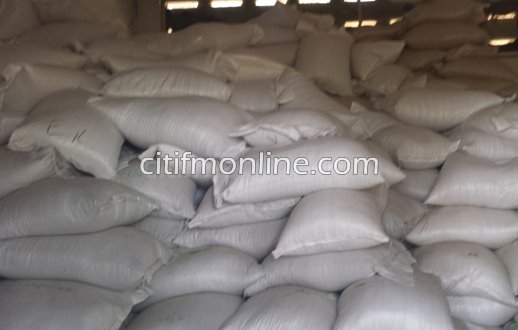 The Trade Ministry has told Citi Business News it has not fully lifted the ban on the importation of rice through inland borders in Ghana.

According to the ministry, three borders have so far been opened to rice importation and more borders will be opened eventually depending on an ongoing assessment of the move.

A statement from the Ministry on Friday, July 29, 2016, announced that three inland borders; the Elubo, Sampa and Nkrankwanta borders have been re-opened to rice importers, after almost three years ban.

The decision to however open borders for rice importation has received a lot of backlash from most especially local rice producers as they fear this will once again render the local rice uncompetitive on the markets.

But speaking to Citi Business News, Head of Tax Advisory Board at the Trade Ministry, Lawrence Osei Boateng insists there is no cause for worry as measures have been put in place to ensure local producers are not affected.

“It is only three land borders that we have opened and we are sure that we have the co-operation of the security services, customs to check the menace of smuggling, under invoicing and we have also met with the small scale importers of rice and we have the assurance that they will be doing genuine business,” he stated.

Meanwhile he has assured that a review of interim measures will prompt the opening of the remaining borders to the rice importers.

“So this is work in progress so when we have reviewed and are very sure, we can reopen the rest of the borders,” Mr. Boateng further remarked.

Meanwhile the Chairman of the Ghana Rice Inter-Professional Body (GRIB), Harold Ntorenkansah says the Trade Ministry must ensure the right standards are brought unto the market to suit the consumers’ preference.

“It is very important that we go back to the roots and check standards. The problem that we have now is because anything at all comes unto the markets as rice, whether imported or locally produced. Talking about the purity of the rice itself; the quality, the grain size, the grain length, the contamination, the percentage broken and all the other attributes of rice come to question. Even the level of milling and the polishing, those are the kind of attributes the consumer wants to see,” he stressed.