Chiefs in the Western region have renewed calls for increased allocation of the oil revenue to the region.

They have expressed grave concern over what they say is the continuous disadvantage of the region despite it being home to the commercial exploration of the country’s hydro carbon resources.

The calls follow the official commissioning of the Tweneboa Enyenra Ntomme [TEN] oil fields by the President on Thursday, August 18, 2016.

“We will continue to demand our fair share because if you look at what PIAC has been presenting over the years, the distribution has not been fair to the region. As the bread basket, we get between 15 and 20 percent of the national allocation and for us; if you consider the pressure on our infrastructure, we should get more to be able to maintain them,” Vice President of the Western Region House of Chiefs and Omanhene of Lower Discove, Nana Kwesi Agyeman IX, told Citi Business News.

He added, “What we are demanding is to get a quota if that is done for the people of the Western region, I think then we are all going to enjoy it… anything not below 20 percent.”

Currently, the region receives about 15 to 20 percent of the total oil revenue accruing to the state.

A situation the traditional leaders say has impacted on the ability to expand infrastructure.

The chiefs have also lamented the impact of the plunge in global oil prices on expected oil revenue.

Finance Minister, Seth Terkper, during his mid-year budget review presentation, announced a revision in projected price of a barrel of oil from 53.05 dollars at the beginning of the year, to 45.35 dollars for the rest of 2016.

Though Nana Agyeman IX admits of the impact of the development, he maintains nonetheless that the region’s due must be given to propel development.

“Our only handicap is that the price of oil declined significantly which made it difficult for the oil companies to carry out their mandate as expected. Despite these, we will continue to dialogue and resolve all outstanding issues we have as a region,” he explained.

Speaking at the commissioning of the project in the Western region, President Mahama lauded the decision by the TEN partners for the continuous engagement of local companies throughout the processes.

This follows the passage of the local content law which has been in force since 2014.

While commending the efforts by the oil companies in creating jobs through this directive, the Omanhene of Lower Discove further impressed on the companies to consider offering opportunities to qualifying personnel in the western region. 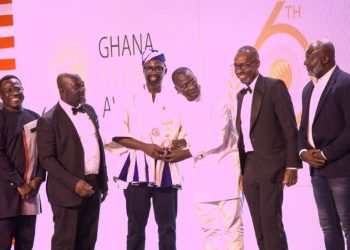