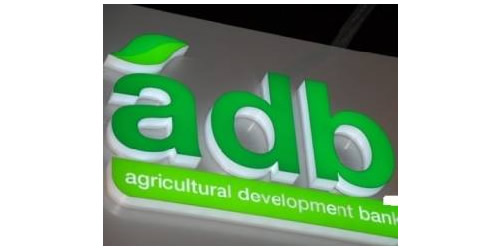 After several attempts to list on the Ghana Stock Exchange (GSE) the Agricultural Development Bank (ADB) yesterday, 12 December, 2016 succeed in its attempt to be on the local bourse.

The bank’s Initial Public Offer (IPO) on a number of occasions was put on hold following agitations from a number of stakeholders, including workers of the bank and labor unions including the Union of Commerce, Industry and Finance workers (UNICOF).

The bank however early this month successfully raised about 326 million cedis through its IPO.

The bank was expecting to raise about 380 million cedis from the offer.

A statement from ABD and copied exclusively to citibusinessnews.com indicated that, “the proceeds raised from the Offer was the sum of GHS325, 784,952.70 relative to the expected proceeds of GHS 383,713,995.10.”

“The ADB IPO is one of the largest IPOs ever undertaken on the Ghana Stock Exchange and demonstrates the continued development of the Ghanaian public markets,” the statement added.

Citi Business News also understands that a total of 405 applications were made for shares in the IPO with majority of the applications, by number (400), being made by Ghanaian retail investors.

As at 8 am on Tuesday, the ADB stock had begun trading on the local bourse at 2 cedis 65 pesewas.

Following its listing on the Ghana Stock Exchange the bank’s shareholding composition  is now, Bank of Ghana 9.5 percent, which is among five other institutional investors with stakes in ADB.

Others are; SIC Financial Services – 10 percent and EDC Capital – 6 percent.