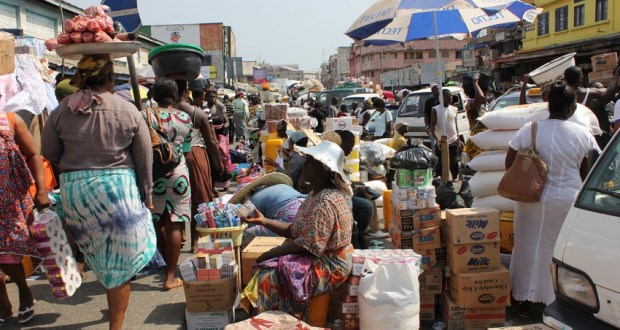 Barely two weeks after the general elections, some traders at various markets in Accra have reduced prices of their goods by at least 10%.

The traders attribute this reduction to the numerous promises made to them by the President elect, Nana Akufo Addo.

According to them, they are hopeful the President elect will fulfill his promises when he finally takes up the mandate on January 7th, 2016.

A trader who spoke to Citi Business News said, “We decided to reduce our prices; for biscuit for instance, the usual retail price is GHc57, but we have slashed it down by GHc2 and it is now going for GHc55. This is a decision we have taken out of excitement.”

Another trader said, “Business has been a bit brisk. There is slight improvement compared to the past when things were so bad that we were almost losing our capital.”

“But we believe that after the inauguration things will improve. We believe that with the coming in of the NPP administration, business will pick up,” he added.

Reports of a reduction in prices of goods initially emanated from Abossey Okai, the hub for sale of spare parts.

The traders who had reduced the prices of their wares drastically, however dismissed assertions that the decision was influenced by the promises by the NPP’s presidential candidate ahead of the general elections.

Speaking on Eyewitness News, Mr. Siaw Ampadu, a leader of the traders at Abossey Okai said, the reduction in prices was not due to political reasons; but is to afford customers the opportunity to buy their products at reduced cost.

“It is true that we have cut our prices down but it is not due to political reasons. Since 2007, we find ways to cut down on our prices so that our customers can purchase our products. Being in the Christmas time, people travel a lot and if the prices are high, they cannot buy from us so we try to cut our prices every December and we started since 2007,” he said.

DKM customers to be paid today