We will lay off workers if … – Diamond cement warns 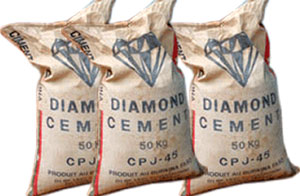 Diamond Cement has disclosed to Citi Business News it is still considering its decision to lay off fifty percent of the company’s staff over reports that it cannot sustain its operations.

Though Diamond cement has not ruled out redundancy of some of the workers, it believes the decision will become necessary when market conditions do not change.

“We have not started laying off any of the real staff; we are now considering the situation. If nothing changes, then we will undertake the redundancy exercise,” the General Manager for Diamond Cement, Tati Ramarao explained.

Diamond cement has announced plans to reduce its staff strength by half by the end of November 2016.

The company, among others cited high operational cost and reduced profitability as some of the reasons that have necessitated the downsizing of the human resource.

At the time, Mr. Ramarao explained at the press conference that the lax in Ghana’s regulatory systems that allows foreign companies to import cement into the country at relatively cheaper costs, made local production unproductive.

He further criticized the Trade and Industry Ministry over for failing to respond to several appeals over the alleged takeover by some foreign cement companies.

According to him, not only have the foreign companies increased their dominance on the Ghanaian market, they have also succeeded in competing with the local companies in the retail of cement.

Though there have been reports that some ancillary workers of Diamond cement have been already affected by the move, the company’s General Manager maintains that no core staff has been laid off yet.

“We are not really seeing a major boost in operation but as I indicated the decision will be inevitable if the current conditions persist,” he stressed.

This is from the company’s operations in Aflao, Tema as well as other parts of the country.

Concerns over the influx of imported cement has been revived quite recently by the local cement manufacturers.

Their latest agitations were triggered by a decision by the Trade Ministry to permit a Korean company, Fujian, to import about 500,000 tonnes of cement into Ghana to shore up the annual supply of the product.

Meanwhile, the Consumer Protection Agency (CPA) has since mounted a strong case against any decision to restrict other foreign companies in the retail of cement.

The Agency contends that the increased supply will push down prices to benefit consumers.