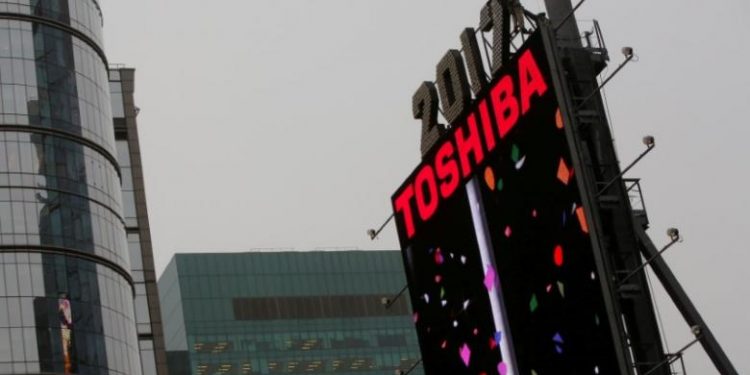 Toshiba Corp’s chairman expects lenders to offer support during key meetings over the coming weeks, as the chips-to-construction conglomerate prepares to book a multi-billion dollar hit to its core nuclear arm.

Toshiba, still recovering from a $1.3 billion accounting scandal in 2015, shocked investors again last month by announcing cost overruns at a U.S. nuclear business bought in 2015 which could now mean a charge against profit that could top $4 billion.

It now needs to secure the backing of its lenders, especially key creditors Sumitomo Mitsui Financial Group Inc (SMFG) and Mizuho Financial Group, before finalizing the size of the writedown over the coming weeks.

Sources familiar with the matter said Toshiba is expected to inform banks of the final hit by the end of January.

Toshiba has said it would finalize the hit by mid-February.

“At this moment, I have been told that (banks) will continue to provide support,” Shigenori Shiga told reporters on Thursday on the sidelines of an industry gathering.

Banks’ support would be conditional upon Toshiba giving them “solid explanations” about the potential writedown and how it would improve its financial health, Shiga said.

Some bankers expressed frustration with Toshiba, which was supposed to have gone through a complete checkup of its financial health after the 2015 accounting scandal.

“Before we give them any financial help, it should come completely clean and have no surprises any more,” said a senior executive at one of the banking groups.

A senior executive at one of Toshiba’s main lenders, however, said it was expecting support in the end.

“We, as a main lender, will provide necessary support to Toshiba because its businesses contributes greatly to society,” said the bank executive. He declined to be named as the talks are private.

ICU warns of massive layoffs over gas insecurity in 2017