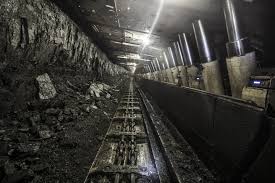 Anglo American Plc has shortlisted groups led by some of South Africa’s most prominent black businessmen as bidders for several of its South African coal mines as it focuses on diamonds, platinum and copper, two people familiar with the discussions said.

Groups selected by Anglo include companies led by Mike Teke, president of South Africa’s Chamber of Mines; Phuthuma Nhleko, chairman of the Phembani Group and head of Africa’s biggest mobile phone company MTN Group Ltd.; and Sandile Zungu, executive chairman of Zungu Investments, according to the people who asked not to be identified because the information is not public. Rand Merchant Bank is involved in the process, they said.

Anglo, founded in Johannesburg in 1917, announced plans in February last year to sell more than half its mines to focus on a smaller group of commodities. The mines under discussion are those that sell coal locally in South Africa, mainly to state power company Eskom Holdings SOC Ltd. Together the assets — the New Vaal, Kriel and New Denmark mines – account for about half of the company’s South African coal production.

The three mines combined produced almost 7 million tons of coal in the third quarter of last year, according to Anglo. While the value of the coal contracts with Eskom varies, they usually average around 500 rand ($37.07) per ton, Khulu Phasiwe, a spokesman at the utility, said by phone. That would equate to about $1 billion worth of coal annually from the Anglo assets.

South Africa’s government is pushing companies to boost black involvement in the economy to make up for discrimination during apartheid. Eskom says it wants suppliers to be black controlled.

Anglo won’t comment on potential bidders due to confidentiality agreements, company spokesman Moeketsi Mofokeng said by phone. “We continue to engage Eskom and the government about the process that we’ve embarked on.” Teke, Zungu and RMB also declined to comment. Phembani didn’t immediately reply to e-mails.