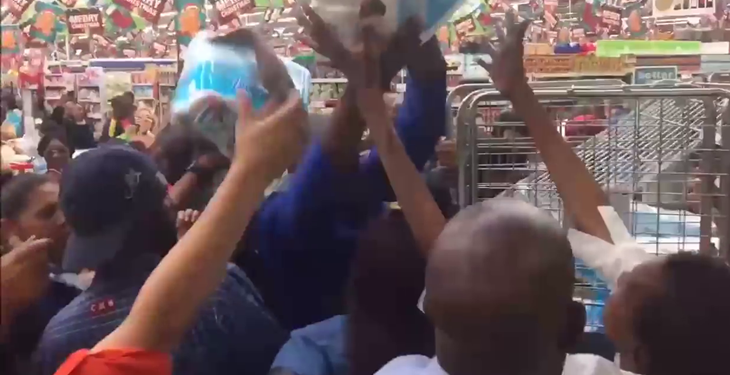 Retailers today are continually looking for ways to improve the effectiveness and efficiency of their sales promotion efforts. According to data released by Stats SA last week, retail sales for November 2016 were up by 3.8% mainly driven by Black Friday sales.

From an overseas perspective, more than three-quarters (76%) of U.S. consumers spent money on Thanksgiving and Black Friday (25 November 2016), averaging approximately $373.30 on goods (excluding groceries), dining and entertainment.  Roughly 76% of shoppers purchased more than, or the same amount, as they did last year. Shoppers 18-34 years old spent the most ($407), while those 65 and over spent about half as much as all other groups ($212).

Christmas is possibly the most studied shopping season because it has become the occasion for acknowledging important social bonds. Based on the Stats SA data, it seems that a new shopping ritual has emerged in the form of “Black Friday”.

The term Black Friday is known to shoppers and retailers in the USA as both the day after the Thanksgiving holiday and as one of the busiest shopping days of the year.

The South African incarnation of Black Friday sales is a distinct phenomenon for retailers, representing a clear shift from what happened in the country before. Of course, South African consumers have always queued round the block for promotions, music band ticket sales and sporting events such as the World Cup.

However, the chaotic scenes of shoving, trampling, and fighting that emerged on Black Friday in some of the malls are indicative of the sharp end of consumer capitalism. It seems that South African retailers have caught on to the new concept of Black Friday and the customers seem to love it.

So what do retailers gain from promoting products, in some cases at prices below the cost that they sourced them? Researchers have found that about 75% of shoppers who visit a store specifically to purchase promotional items also end up purchasing regular priced items. Thus, promotional pricing pays off in increased sales of non-promotional merchandise.

Consumers prefer paying prices which are lower than the reference price and respond to sales promotions due to the positive experience and perceived customer value. Looking through some catalogs for the offers put forward by some retailers on Black Friday, one could see that, while some retailers went all out to get feet into their stores, some retailers went in half-heartedly.

Comparing what happened in South Africa on Black Friday and real United States Black Friday, one can observe that South Africa is still far off from this real “Black Friday”. In the USA where the idea originates, retailers offer ridiculous discounts which make a mockery of the 10-30% off that was offered by some retailers on Black Friday. Black Friday is the name given to the day after Thanksgiving in the USA, allegedly the first day of the year when many US retailers begin to make a profit (i.e., operate in the black). In recent years, retailers have begun to open early for this event, sometimes as early as 10 p.m. on the day before or at midnight, and some before sunrise. Retailers offer deeply discounted merchandise to attract consumers. The deals are heavily advertised in the media including through the internet.

Black Friday deals seen in South Africa offered both monetary and non-monetary gains and losses. For example, the purchase of promoted items for some consumers may have resulted in monetary gains, such as when they saved money. However, the increased time and effort required to locate and purchase the items that were on promotion could have been considered as a non-monetary loss incurred by consumers.

Black Friday’s shopping behavior showed that a large number of South African shoppers did not seem to care about the non-monetary losses. The fact that most deals were kept secret from consumers until the Friday morning made the Black Friday shopping, even more, time consuming, but however the consumers did not seem perturbed by this.

In conclusion, retailing in South Africa is packed with competitors, it is, therefore, imperative for retailers to continue providing promotions that attract customers. While international retailers racked in most of their sales through online shoppers, research shows that a majority of Africans still do not trust online shopping with e-commerce making up 1-3% of GDP in some African countries. This means that there is still a huge potential in future Black Friday sales especially for those businesses that are investing in their online infrastructure.