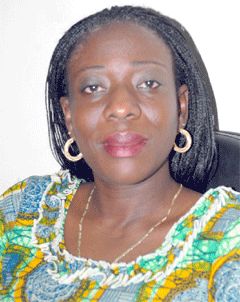 Nominee for the Minister of Tourism, creative arts and culture Catherine Ablema Afeku says her ministry will work on reducing air tariffs to encourage more travel to and within the country. She believes the move will reduce cost and also develop the country into a tourist hub.

Speaking to Journalists after the President announced her nomination, Madam Afeku said the reduction of air tariffs will be one of her top priorities when she fully assumes office.

“My interest is in getting the aviation industry to see tourism as part and parcel of their industry. So if we have air tariffs drastically reduced, people will travel more and also will entice family members to look into what Ghana has to offer. But if it is prohibitive then it would be of no relevance.” She said.

The nominated minister also hinted of plans to ensure challenges confronting the industry are addressed to propel the industry’s growth.

Figures released by JUMIA last year indicated that the total contribution of Travel and Tourism to Ghana’s GDP was around GHC 10.5 billion in 2015, representing 7.8% of the GDP.

Catherine Ablema Afeku says she will work towards increasing revenue from the industry.

”We should put on our thinking caps and create that enticing environment for tourism to be the talked about ministry. Because it is a job creation avenue. Most countries live on tourism so I intend to make history with tourism industry as a viable GDP contributor.” She concluded.

Catherine Ablema Afeku is the Member of Parliament for Evalue Ajomoro Gwira constituency in the Western region.

She attained an MBA at Keller Graduate School of Management of Devy University, Atlanta, in Georgia in the year 2000.

She entered the political scene under President Kufuor’s era as the Government Spokesperson for Infrastructure Road and Transport Committee.

She was also on the Communications Committee as the Deputy Ranking Member and the Business Committee.