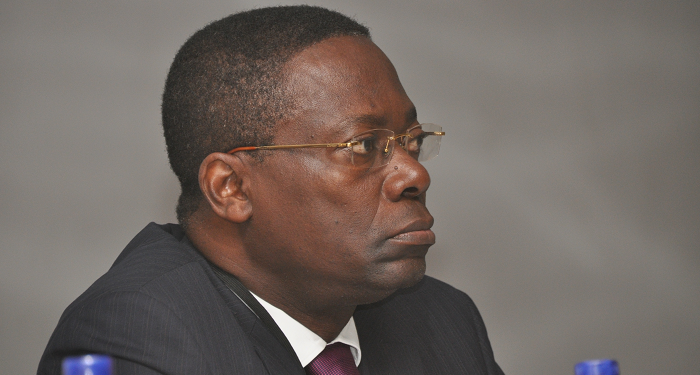 According to the statement, “the Board of the Company last week approved a request by the CEO to proceed on terminal leave, effective February 1, 2017, and terminating in May 2017”.

“He has led the pioneering of Ghana Gas from its incorporation in July 2011 through its successful implementation of Phase I of the Western Corridor Gas Infrastructure Development Project (WCGIDP), to the processing and supply of “First Gas” to the Volta River Authority (VRA) beginning 1:45 pm, Monday, November 24, 2014”, he said.

Dr Yankey supervised the Construction and Operations phases of the Company, and has served as a board member and CEO of the Company since it was dreamt as a concept and the structures established.

The Company directly employs about 300 people and provides thousands of ancillary jobs in the service, hotelier, marketing, and transport industries, as well as in the delivering and retailing of LPG and Condensates across Ghana.

“Under the leadership of the outgoing CEO, Ghana Gas completed the three-tier Ghana Gas project, from conception and design to the construction of a 12-inch 58-kilometre Offshore Pipeline, a 20-inch 111-kilometre Onshore Pipeline and a world class Atuabo Gas Processing Plant (GPP) within a period less than the three-to-four year standard global timeline for such projects,” the statement said.

He oversaw the engineering, design and installation of a second overhead De-ethenizer Compressor which will be connected to Ghana Gas facilities in February 2017.

He also led the negotiation of the upgrade of the processing capacity of the Atuabo Gas Processing Plant (GPP) from 150 million standard cubic feet of gas a day (mmscfd) to 180 mmscfd, construction of the 290 km Offshore Pipeline from Aboadze to Tema and signed the Project Implementation Agreements (PIAs) for both projects in September 2016.

Dr Yankey came into the CEO Job at Ghana Gas with a background as a Finance, Trade and Investment Lawyer. He is a former Minister of Health, a former President of ECOWAS Bank, a former Adjunct Professor at the International Law Institute, Georgetown University, Washington D.C. and a Visiting Instructor at the Law Development Institute in Rome, Italy.

The main challenge he leaves for his successor to tackle is the inability of Ghana Gas’ main downstream off-taker, VRA, to pay over US$450 million debt owed the Company for lean gas supplied to the Aboadze Thermal enclave to generate electricity.

A 2016 first half-year report by the Public Interest and Accountability Committee (PIAC), which projected the debt at about $307 million in June last year, noted that the non-servicing of the debt could impact negatively on domestic natural production.

Power Compact II is a concession, not a sale of ECG -Agyarko