Citigroup may benefit less from tax cuts than other U.S. banks 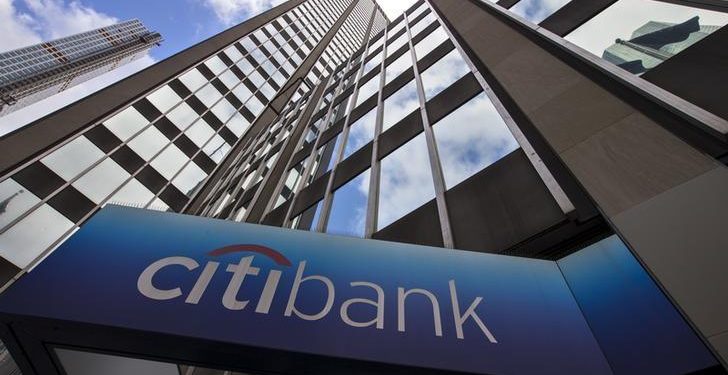 A view of the exterior of the Citibank corporate headquarters in New York, New York, U.S. May 20, 2015. REUTERS/Mike Segar/Files

Citigroup Inc (C.N) stands to get less of a profit boost than other big U.S. banks from lower corporate tax rates expected from the new government in Washington.

A number of bank stock analysts have worked through broad tax proposals by Republicans and President-elect Donald Trump and estimate that a new tax law could increase Citigroup earnings per share only half as much as some rivals.

At the same time, Citigroup may have to slash $4 billion or more of the value of an unusually large income tax asset that the bank holds as a result of losses it suffered during the financial crisis of 2007-2009.

The differences between Citigroup and its competitors highlight how corporations have different interests in the details of a new tax law, such as how foreign income is treated and how bank business customers might be favored less than individuals.

The blueprint for tax reform put forward by Republicans in the U.S. House of Representatives calls for reducing the corporate rate to 20 percent from 35 percent. Trump, who takes office on Jan. 20, has proposed 15 percent.

Banks are expected to benefit more from corporate tax cuts than other industries as they tend to pay more taxes as a result of receiving fewer investment credits and deductions, such as those available for oil and gas exploration.

Tax cuts could be the icing on the cake for banks as they look forward to higher profits in the coming year. They are already benefiting from higher U.S. interest rates, and lighter regulation under the Trump administration could allow Wall Street banks to re-enter risky but potentially profitable trading business.

The impact of a new tax law is among the topics likely to come up this Friday when JPMorgan Chase & Co (JPM.N), Bank of America Corp (BAC.N) and Wells Fargo & Co (WFC.N), the three biggest U.S. banks by assets, report quarterly results.

The New York-based bank earns about half of its profits overseas, where corporate tax rates are mostly lower than the United States, so it stands to benefit less from lower U.S. tax rates than its rivals with more domestic business, analysts said. A Citigroup spokesman declined to comment on the matter.

Goldberg estimates Citigroup will get an 11 percent lift to earnings per share this year due to tax cuts, much less than the 21.4 percent gain he is projecting for JPMorgan.

Citigroup executives disclosed a few days after the Nov. 8 election that the bank could have to write down the value of deferred tax assets by $4 billion to $12 billion depending on how the tax law changed and when.

The tax assets would be less useful offsetting future taxes if corporate rates were lower.

“There’s nothing they can do other than explain it,” said Fred Cannon, global director of research at Keefe, Bruyette & Woods.

Cannon estimates Citigroup annual earnings per share could be 9.6 percent better with tax changes, about half as much as the 18.9 percent improvement he sees for JPMorgan.

Analyst Betsy Graseck of Morgan Stanley said in a research note on Friday that the most pressing question she is getting from clients is how lower taxes will impact banks.

Graseck has estimated that lower taxes would boost Citigroup earnings per share by 7 percent, Wells Fargo by 19 percent and JPMorgan by 22 percent.

John McDonald of Bernstein Research estimates a 10 percent lift for Citigroup, compared with a 13 percent boost for JPMorgan and 19 percent for Wells Fargo.

The differences in the analysts’ estimates underscore how much uncertainty there is about tax reform. The estimates vary with different assumptions about the tax rate that ultimately comes out of Washington, as well as a possible shift in how foreign income is taxed and when the changes would take effect.

Cannon based his estimates on a 25 percent cut in the corporate tax rate, arguing that concerns about funding the federal budget and tax cuts for individuals will temper the corporate rate reduction proposed by Republicans and Trump.

The more the rate is cut, the less Citigroup would benefit compared with competitors, generally.

But the degree of its relative benefits could change, too, if congress also shifts how foreign income is taxed, which Republicans have proposed. How the final U.S. rate compares with rates in particular countries where Citigroup does more or less business than other banks would then come into play, said Cannon.