Compel banks to allocate loans to agriculture- GAWU to govt 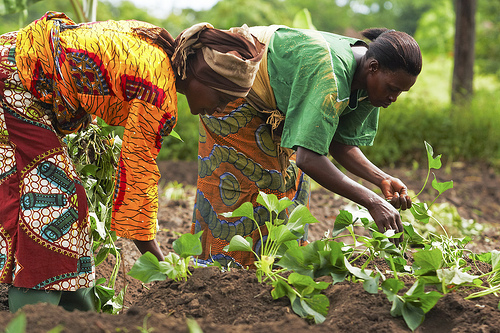 The General Agriculture Workers Union (GAWU) has appealed to the Nana Akufo Addo administration to use policy tools to compel commercial banks in the country to cede a substantial portion of their loan portfolio to the agriculture sector.

According to him, the non-existence of such policies is the cause of low investment in the agriculture sector leading to low output from farmers.

Speaking to Citi Business News, the General Secretary of GAWU, Mr. Edward Kareweh stated that the practice is normal in most advanced countries, targeted at boosting the food baskets of countries.

He lamented that GAWU has made the proposals to past governments but to no avail.

“This proposal has all along been on the drawing board, we have articulated it except that government has done nothing about it. We want the government to indicate or have a policy that a certain percentage of the loan portfolio of banks in the year should go into agriculture”.

He argued that the banking industry is one of the most profitable, hence can channel funds to the agriculture sector, which is a critical and important one.

“Ghanaian banks are among the richest or the most profitable in Africa, why is it that they are still unable to grant loans to agriculture. Why are banks trooping in. why are more banks coming into the economy,”

“Why can’t our government make policy so they allocate a portion of their credit to agriculture. Agriculture is a very important sector of the economy and it needs credit to fashion properly and expand,” he added.

Cocoa has seen improvement with our government - Terkper