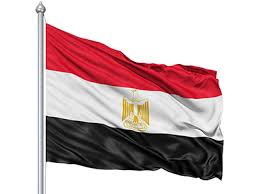 Egyptian business tycoon Naguib Sawiris was Egypt’s biggest billionaire gainer in 2016, according to a report issued by Forbes.

The net worth of Naguib’s fortune increased $700 million to reach $3.7 billion. He became Africa’s seventh-richest person after he occupied the 10th position in the previous year.

In December 2016, Naguib announced that he would be stepping down as CEO of his telecom company, Orasom Telecom Media & Technology.

Naguib, 62, is currently the second richest Egyptian, preceded by his younger brother Nassef, whose wealth reached $5.3 billion after he added $400 million to his net worth in 2016. Nassef currently ranks as Africa’s sixth-wealthiest person.

Their father Onsi is the continent’s oldest billionaire and is ranked 18th richest person in Africa with a wealth of $1.1 billion, according to Forbes list.

The list also included three other Egyptians, all from Mansour family, namely Mohamed, Yaseen and Youssef. Mohamed is the 10th richest African with a net worth of $2.7 billion. His brothers Yaseen and Youssef ranks 13th and 18th, respectively.

The 2016 Africa’s Billionaires list issued by Forbes includes 21 African billionaires, who reside on the continent, with a combined wealth worth $70 billion.