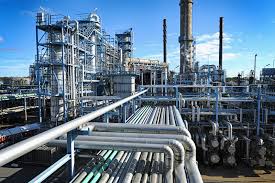 Egypt aspires to increase its oil and gas production to meet the growing domestic demand for energy.

According to the ministry’s statement, the first deal was signed with the Egyptian General Petroleum Corporation (EGPC) and Sahary for Oil and Gas with a total investment worth at least $30 million.

The second deal was signed with the EGPC and the Offshore Shukeir Oil Co. (OSOCO) will carry out operations in the Suez Canal region on behalf of the EGPC.

With those two deals, the petroleum sector would have concluded 76 deals for oil and gas exploration with international companies since November 2013, according to the statement.

Investments are estimated to have reached $15.3 million in addition to one billion dollars allocated for drilling wells.