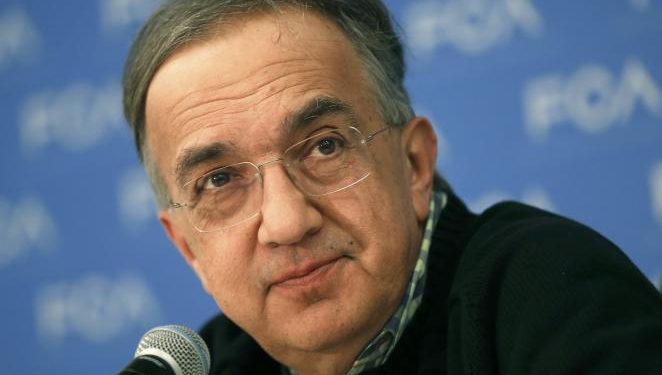 FCA shares plummeted as the maximum fine is about $4.6 billion. The EPA action affects 104,000 U.S. trucks and SUVs sold since 2014, about one-sixth the vehicles in the Volkswagen case.

The EPA and California Air Resources Board told Fiat Chrysler it believes its undeclared auxiliary emissions control software allowed vehicles to generate excess pollution in violation of the law and each issued notices of violation.

The U.S. Justice Department is investigating, Fiat Chrysler said Thursday. New York Attorney General Eric Schneiderman said in a statement he is “deeply troubled” by the EPA findings and “will investigate the claims against Fiat Chrysler and stands ready to work with our state and federal partners.”

Fiat Chrysler Chief Executive Sergio Marchionne angrily rejected the allegations at a hastily-assembled conference call with reporters, saying there was no wrongdoing and the company never attempted to create software to cheat emissions rules by detecting when the vehicle was in test mode.

He characterized the dispute as whether the automaker had completely disclosed software that protects the engine, adding the company was planning updated software to address EPA concerns.

He said the EPA and the company could have settled the issue in “a more efficient way” without the EPA announcement, and he said “I’m really pissed off” about reports that equate FCA’s issues with VW’s.

“The way that it has been described, I think, has been unfair to FCA, and that is the thing that disturbs me most,” Marchionne said.

He also suggested regulators had a “belligerent” view of automakers. “We don’t belong to a class of criminals,” he said. “We’re not trying to break the bloody law.”

The company has no plans to stop selling 2016 U.S. diesel models.

EPA has reviews ongoing of other automakers’ emissions systems, but it is not clear if they have found any additional wrongdoing.

Cynthia Giles, an EPA official, said Fiat Chrysler had an obligation to disclose the “illegal software” but has not decided whether to label them “defeat devices.”

The EPA said it found at least eight undisclosed pieces of software that can alter how a vehicle emits air pollution. Fiat Chrysler had recalled vehicles for one of the undisclosed software.

By contesting the charge, FCA will push the case into the administration of President-elect Donald Trump. It is not clear how Trump’s EPA will handle this or similar issues. Trump has nominated Oklahoma Attorney General Scott Pruitt, a critic of federal environmental regulation, to lead EPA.

Efraim Levy, analyst with CFRA, said FCA stands to “get a fresh start with the Trump administration.”

In 2015, EPA said it would review all U.S. diesel vehicles following an admission from Volkswagen that it installed software in cars allowing them to emit up to 40 times legally permissible level of pollution.

On Wednesday, Volkswagen (VOWG_p.DE) agreed to pay $4.3 billion in criminal and civil fines and plead guilty to three felonies for misleading regulators and selling polluting vehicles.

Fiat Chrysler could face fines of $44,539 per vehicle if it is proven that it violated emissions rules.

Last fall, Germany wrote a letter to the European Commission accusing FCA of using an illegal device to switch off exhaust treatment systems in diesel engines in Fiat and Jeep vehicles sold in Europe.