European shares down, weighed by healthcare sector after Trump comments 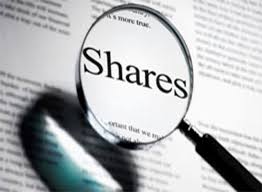 Europe’s healthcare sector index dropped 2.2 percent, the biggest sectoral faller, and headed for its biggest loss since November. The pan-European STOXX 600 index was down 0.5 percent.

Trump on Wednesday commented on the need for competitive drug pricing, saying pharmaceutical companies were “getting away with murder” by charging high drug prices.

“The healthcare companies in Europe are quite interconnected with the U.S. so Trump’s comments bode badly for the sector,” said Jasper Lawler, senior market analyst at London Capital Group.

Biotechnology was a top gainer in the last bull rally so traditional market rotation dictates it should not lead the Trump rally in any case, Lawler said. “A hostile policy [on healthcare] just adds extra pressure.”

Pharmaceuticals companies Novo Nordisk, Inmarsat and BTG were the top STOXX fallers, with Novo smarting from a U.S. class action lawsuit, down 5.3 percent.

Italy’s UBI Banca was top of the STOXX, gaining 11 percent on news the bank would buy three rescued Italian banks through a 400 million euro share issue.

Britain’s blue-chip FTSE 100 was down 0.2 percent, with retailers Tesco and AB Foods top fallers despite results being in line with forecasts. Peer Sainsbury was also down 2 percent.

“Tesco stock still has fulsome recovery earnings multiples, the equity does not yet yield a dividend and on a pension and lease adjusted basis the solvency ratios are still high in an absolute and relative context,” said Shore Capital analyst Clive Black.

“Accordingly, we see this as a good statement, albeit perhaps not good enough for the ‘uber’ bulls.”

Rival supermarket Marks & Spencer was up 2.5 percent after a strong Christmas trading update.