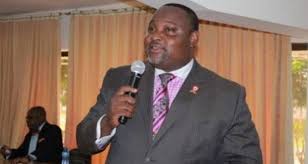 The association says the move when instigated, will reduce housing cost and boost the housing industry.

The Minister nominee for Works and Housing, Samuel Atta Akyea on Wednesday [January 11, 2017] hinted of government’s plans to introduce a housing fund to subsidize the cost of housing for low income earners.

He stated that “If the income levels are low by virtue of the economic situation, then there should be a Housing Fund without which people, who are interested in building houses, will not be motivated to build houses that people will not occupy.”

Mr. Atta Akyea added that the Housing Fund should help restructure the current mortgage system that makes it difficult for low end income earners to meet their monthly obligations.

“What is critical is how to cushion the end user from a mortgage arrangement that will not dent his pocket.” he said.

But reacting to the announcement, the Executive Secretary of the Ghana Real Estate Developers Association (GREDA) Sammy Amegayibor urged the new government to put their words into action soon.

“We have advocated for it, GREDA has done it, so many stakeholders have raised this issue in the past. So I want to believe that he heard all the arguments in the past and he has also joined us in agreeing that it is very crucial for housing development in Ghana,” he told Citi Business News.

Mr. Amegayibor added, “It has been part of one of the important recommendations that have been laid before government in the past but somehow none of them had the political will or took the initiative to set it up and so if he is mentioning it, we want to believe that he has heard the voices that have been calling for the establishment of this fund and we will see to it that it is established.” he concluded.