How China contractors drove Kenyan firms out of mega projects 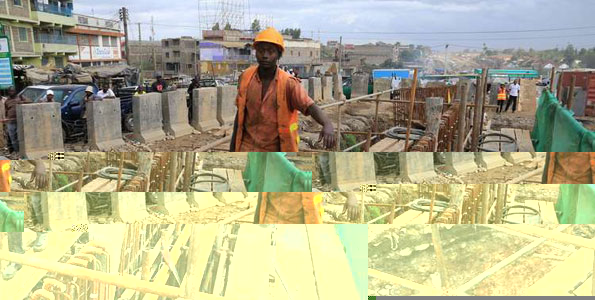 Big Kenyan contractors are feeling the heat of competition from deep-pocketed Chinese rivals whose superior machinery and lower bids for lucrative State tenders have driven local firms out of business.

Kundan Singh, Spencon Holdings and Mugoya Construction are some of the erstwhile big names that have fallen on hard times due to the Chinese invasion, ending up under receivership with hundreds of job losses and billions of shillings worth of bad debts.

The growing dominance of Chinese firms including Sinohydro Corporation Limited, China Wu Yi and China Roads and Bridges Construction Company can be traced back to then President Mwai Kibaki’s policy shift to the Asian giant nearly a decade and a half ago.

The shift opened aid taps for construction of roads and upgrade of airports, but it also came with strings attached, with State agencies required to only contract Chinese firms for Chinese-funded projects.

Many local contractors such as Kirinyaga Construction Company, which thrived under former president Daniel Moi’s regime, are now confined to undertaking small projects in rural areas.

Others like H Young and Intex Construction have since resorted to forming consortia with European and Indian conglomerates when bidding for government tenders, where Chinese firms enjoy pre-qualification status tied to the funding of the projects.

“Kenyan firms find it hard to compete. Some have folded up and others have cut back their operations.”

China’s allure has been its detachment from local politics and its massive resources that allows it to finance mega projects built by its multinationals, with Kenya repaying the loans over lengthy periods.

Hamstrung by relatively lower economies of scale and lack of cheap financing, Kenyan firms have suffered at the hands of China’s export finance policy, which extends cheap to state-owned contractors.

The fall of Spencon, which was placed under administration last month, is illustrative of the rapidly changing landscape in Kenya’s construction industry.

“The company’s performance peaked in 2007 when it recorded revenues of $100 million (Sh10.3 billion),” says a status report on Spencon by consultancy firm PricewaterhouseCoopers (PwC) seen by the Business Daily.