How Toyota, Target, Best Buy are fighting back against Republican border tax push 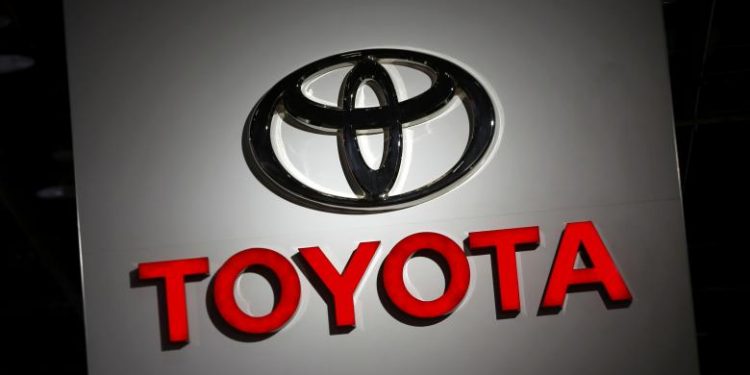 Days before a group of Republican lawmakers were due to discuss their party’s controversial proposal to tax all imports, Toyota Motor Corp (7203.T) sent an urgent message to its U.S. dealers – tell the politicians the tax would seriously hurt car buyers.

Some of Toyota’s 1,500 dealers heeded the call and contacted members of the House of Representatives’ tax-writing Ways and Means Committee, urging them to rethink their proposal, according to people familiar with the effort.

Imposing a 20 percent tax on imports would force consumers to pay potentially thousands of dollars more for vehicles, they warned.

The Japanese automaker’s mobilization of its army of dealers underscores the growing alarm among some of the world’s largest companies that sell imported goods in the United States. They fear a big tax on imports would hurt their sales and profits and put them at a disadvantage to rivals more reliant on U.S.-made products.

“Cost is going to go up, as a result demand is going to go down. As a result, we’re not going to able to employ as many as people as we do today. That’s my biggest fear,” Toyota’s North America CEO Jim Lentz said in an interview.

Toyota dealers employ more than 97,000 people in the United States.

While companies and industry groups frequently lobby Congress, the threat of an import tax has mobilized an unusually broad swath of firms at home and abroad. That lobbying effort is taking place largely out of the public eye partly to avoid potential conflict with President Donald Trump, who has attacked companies for manufacturing abroad for U.S. consumers.

Earlier this month Trump targeted Toyota, threatening to impose a hefty fee on the world’s largest automaker if it builds its Corolla cars for the U.S. market at a plant in Mexico.

The White House said last week that a border tax is one option under review to pay for a wall with Mexico, although what exactly Trump is planning to do is still not clear. He has pledged to impose a “big border tax” on Mexican imports.

The plan proposed by House Republicans would cut corporate income tax to 20 percent from 35 percent, exclude export revenue from taxable income and impose the 20 percent tax on imports.

Companies that rely heavily on imports say a border tax will outweigh the benefit of a lower headline corporate tax.

As car dealers are reaching out to members of Congress in their districts, Toyota and other automakers are lobbying lawmakers in states where they have large manufacturing plants and employ thousands of workers.

The No. 3 vehicle seller in the United States behind General Motors Co (GM.N) and Ford Motor Co (F.N), Toyota imports about 1.2 million vehicles to the U.S. market annually, half of its 2.4 million U.S. sales. It employs 40,000 people directly.

Toyota and the automakers are not alone in this lobbying effort.

Target Corp’s (TGT.N) chief executive, Brian Cornell, traveled to Washington to meet members of the House Ways and Means Committee. He told them an import tax could impact consumers’ ability to buy essential goods, such as baby supplies that are made overseas and imported to the United States, according to a person familiar with the talks. Target spokeswoman Dustee Jenkins confirmed the visit.

The largest U.S. electronics retailer, Best Buy (BBY.N), headquartered down the road from Minneapolis-based Target, has circulated a flyer to lawmakers. It cites an analyst forecast that a 20 percent tax would wipe out the company’s projected annual net income of $1 billion and turn it into a $2 billion loss.

The flyer, a copy of which was seen by Reuters, argues that foreign Internet sellers like China’s Alibaba.com would be able to avoid the tax by making sales online and shipping to U.S. consumers directly, “undercutting U.S. businesses.”

Company officials have been handing out the flyer to lawmakers and their staff on Capitol Hill, Best Buy spokesman Jeff Shelman confirmed.

Constellation Brands (STZ.N), which brews Corona and Modelo in Mexico, has been pushing lawmakers to exempt products like Mexican beer in any border tax “because it’s inherently a Mexican product,” CEO Rob Sands said on an earnings call.

But if that effort fails, Constellation is prepared to buy more raw materials from the United States instead of Mexico, Sands said.

Koch Industries [KCHIN.UL], the second-largest private U.S. company according to Forbes, said in a statement a border tax would have a “devastating” impact on consumers. The company, owned by Republican donors Charles and David Koch, includes oil refining and manufacturing interests.

Tim Phillips, the president of Americans for Prosperity, a conservative political group founded by the billionaire brothers, told Reuters the powerful group has started to educate its network of activists about the tax, so they can lobby against it. AFP says it has two million activists.

Not everyone in corporate America is worried about a new border tax.

Several aerospace companies including Boeing Co (BA.N), United Technologies Corp (UTX.N) and Raytheon Co (RTN.N) said in earnings calls last week that a border tax could be positive for net exporters like them.

“We see the aerospace sector as fundamentally having an advantage in that regard,” Boeing CEO Dennis Muilenburg said.

Opponents of the border tax may have already found some allies.

Republican Representative Trey Gowdy of South Carolina, where BMW has a large plant, said the importance of foreign automakers such as BMW and Toyota to the economy needs to be considered when making laws.

“I cannot overstate how significant that industry is to my state,” Gowdy said in an interview, adding that he and his wife both drive Toyotas.