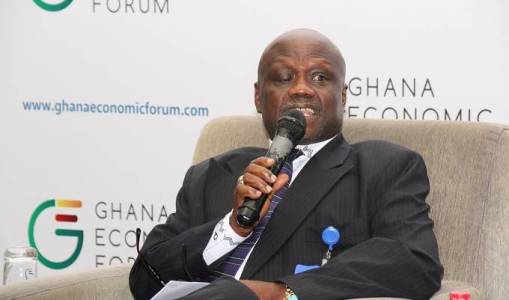 The Institute of Fiscal Studies (IFS), has made fresh calls for Ghana to hedge its oil to protect the country from shocks in the global price of crude.

The Institute is warning the country risks missing out on its 7 percent growth target for 2017 should prevailing conditions on the global oil market persist.

“We are not going to achieve the target; clearly projections are made on two things; the coming onboard of the Sankofa and TEN oil projects; if anything happens and the production from the two fields do not materialize, we are not going to get the growth target,” the Executive Director of IFS, Prof. Newman Kusi told Citi Business News.

The call also follows recommendations by the Public Interest and Accountability Committee (PIAC) for Ghana to hedge its oil resources.

PIAC in its half year 2016 report said, “Average achieved price for the Jubilee Crude oil was US$40.21 per barrel compared to benchmark price of US$53.03, representing a negative variance of 24.21%.”

“The price obtained by the Ghana Group compares favourably with global benchmark prices prevailing during the period that the cargoes were sold. The Jubilee Partners obtained higher revenues from the liftings because of their hedging policies.”

Though Ghana accrued about 90 million dollars from hedging between 2010 and 2012, subsequent decision to halt the policy has adversely affected revenue from the oil sector following the plunge in the price of the commodity.

Total revenue from the sector was also estimated at GH¢2.0 billion.

But the Professor Newman Kusi explains to Citi Business News the economic prospects are enormous should Ghana revisit the policy.

“Now the global oil price is hovering around 42 dollars thereabout; and the tendency to rise above sixty dollars per barrel is not real but if you look at the trend, the trend is that the price is coming up again but I think we lost the opportunity to maximize our export revenue from the hedging but nevertheless we still can hedge because we do not know the direction of the prices in the future,”

Meanwhile the IFS boss has impressed on the new government to consider immediate steps and adopt a hedging plan for the country’s oil.

“Immediately the government should take action on that if it wants to go by that decision,” he said.