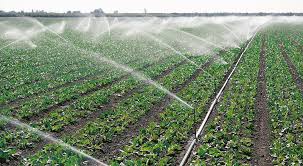 The Japanese Ambassador to Uganda, Mr Kazuaki Kameda, has pledged his government’s support towards promoting irrigation in the country in order to enable Uganda produce adequate food.

“Recently, President Museveni was showing people how to adopt irrigation and as Japanese embassy, we are willing to support the government of Uganda in ensuring that local farmers can adopt irrigation schemes so as to avoid being hit by drought due to climate change,” Mr Kameda said adding that “We will do this through capacity building. We shall educate people not to just receive infrastructure such as this water system only but rather utilise it for their development.”

Mr Kameda said through Grant Assistance for Grassroot Human Security Projects, the government of Japan has supported 215 projects in Uganda since 1992 in the fields of education, water and sanitation, health, agriculture, gender and other social development sectors to facilitate poverty reduction and human security.

The Bunyaruguru County Member of Parliament, Mr John Twesigye, asked people to stop reclaiming swamps in the area in order to avoid the dangers of climate change. “To avoid drought, people should plant trees and stop swamp reclamation,” he said.

Mr Twesigye said the government in partnership with the French government, has already agreed to extend electricity to the district to pump water in Ryeru Sub-county from Lake Kako to the neighbouring communities to support farmers undertake irrigation to boost agriculture in the area.

Rubirizi District vice chairman John Mubangizi said the district has more than 32 crater lakes which are poorly managed. He urged government to protect the lakes from silting for the benefit of the local community and the economy.