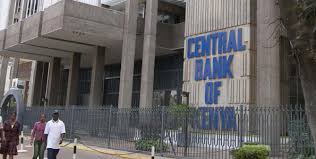 PTA, an East African trade-finance bank based in Burundi, has already disbursed $100 million, while a further $150 million will be received “shortly,” Treasury Principal Secretary Kamau Thugge said in a mobile-phone text message Wednesday. “We are also syndicating $800 million to international banks,” he said.

Kenya’s government outlined plans in last year’s budget to raise $1.5 billion from external sources in the fiscal year through June. Thugge didn’t immediately comment on how the state will raise the remaining $495 million. The total amount to be borrowed “would be consistent with Parliamentary approval of external commercial borrowing of 154 billion shillings,” he said.

The financing will also help the central bank shore up its foreign-currency reserves and may stabilize a depreciating currency, Jibran Qureishi, an economist for East Africa at Stanbic Holdings Ltd., said by phone from the capital, Nairobi.

Kenyan shilling weakened 0.1 percent to 103.9 against the dollar by 2:28 p.m in Nairobi. The currency has fallen 1.4 percent this year, according to data compiled by Bloomberg.

The remaining $495 million could still be raised from multilateral lenders and development finance institutions, Qureishi said.