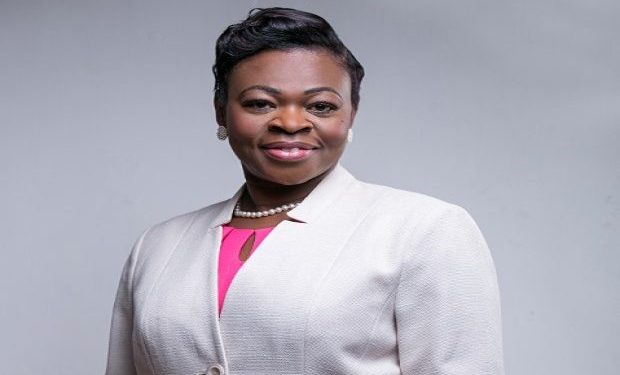 Madam Arkutu has been elevated to the position of Vice President of Francophone Africa, within the Unilever Group.

She previously served as Marketing Director and Non-Executive Member of the Board of Directors of the Company.

She joined the Company from Coca-Cola East and Central Africa Business Unit, where she was Marketing Manager for the Horn, Islands and Mid Africa Team.

In that role, she headed the franchise marketing team of 11 French speaking countries, including DRC, Mauritius and Madagascar.

After three years in that role, she joined ECABU’s Stills team as the Project Manager for Project Nurture. Before joining Coca-Cola, she worked for over 10 years in Unilever Ghana, South Africa and French West Africa and has experience both in Brand Building and Brand Development.

She holds a diploma in Marketing from the Chartered Institute of Marketing. She also holds a Masters of Business Administration degree from the Vrije Universiteit Brussels, Belgium, and a Bachelor of Arts degree in Economics and French from Vesalius College, Belgium.

He has held a number of general management and marketing positions at the company most recently as the Managing Director of the 16 countries of Unilever in Francophone West Africa.

Ziobeieton Yéo has more than 15 years of international experience in Marketing-Communication and Brand Development.

Having started his career at Océan Ogilvy, Yéo joined Unilever in 2002 and climbed all levels of Marketing.

He has had several successes in Côte d’Ivoire and Senegal, notably in the food categories and then in Kenya and South Africa on a wider range of products developed for all of Africa.

While Finance Director of Unilever Ghana, Miguel Marquez, moves into another role within the Unilever finance chain.

John Attafuah to reassume position as CEO of NPA